Food Industry Teamsters get $2 raise – Why Not Kroger?

Some Teamsters and other essential workers in the food distribution industry have won a $2/hour temporary raise. But the largest Teamster grocery employer, Kroger, so far has paid just a bonus, not a raise. 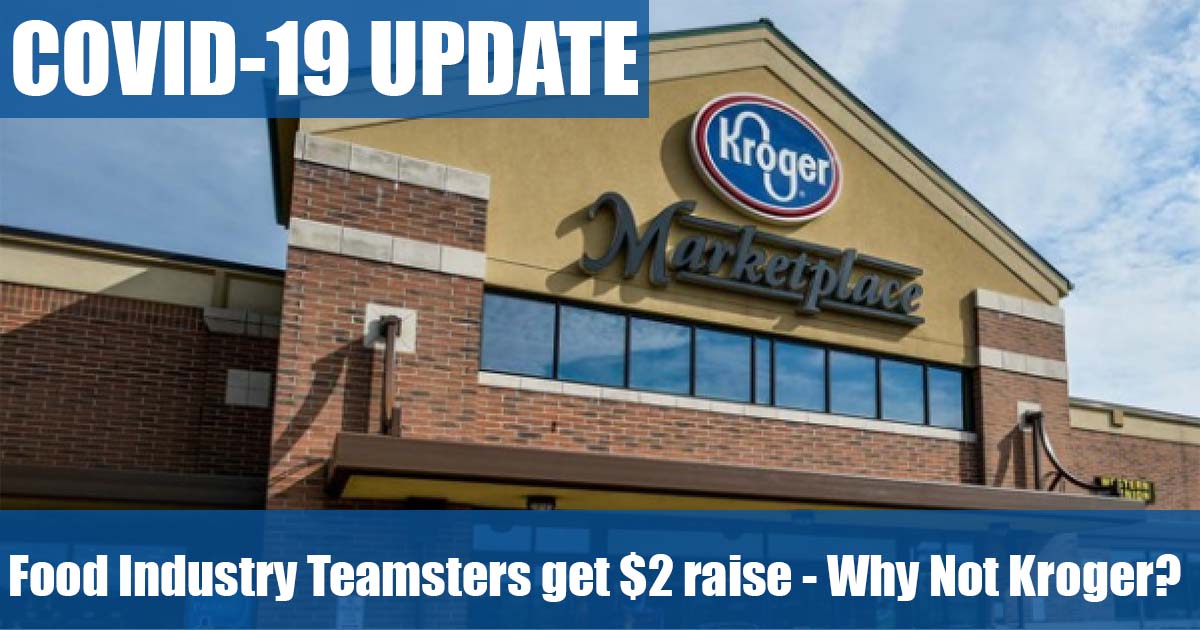 But the second largest retailer in the country (after Walmart) has not issued a raise.

Instead, Kroger Teamsters have gotten a $300 bonus and only $150 for part-timers, who routinely work as many hours as full-timers.

Kroger makes over $3 billion in profit annually, and profits are soaring right now. Should excess profits all go to the top, or should they be shared with workers who are on the front lines of risk?

Grocery clerks along with warehouse Teamsters and drivers are going to work every day to keep us fed, and are among the most likely people to be hospitalized with Covid-19.

It’s time to at least match what other food giants are doing, and spread that money to those risking serious illness to feed us.