On August 12, the Teamster Independent Disciplinary Officer (IDO), Robert Luskin, issued a report and detailed embezzlement charges to be filed against Mike Philbeck, the former president of Lexington Kentucky Local 651. 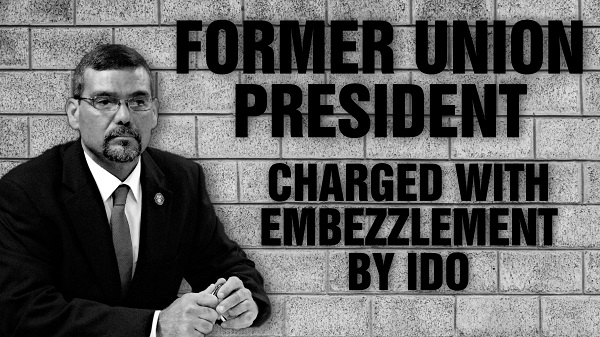 Philbeck was narrowly defeated for reelection in 2018; the charges involve numerous transactions he made during the lame duck period, after he lost. Philbeck has remained active politically, campaigning for the Vairma slate and campaigning unsuccessfully against Fred Zuckerman in Local 89.

After Philbeck lost his reelection bid, but was still in office in late 2018, the IDO alleges that Philbeck:

The IDO’s charges were officially signed by James Hoffa on August 16. Unless there is a settlement of the charges, a union hearing will be held and a decision rendered. The final decision rests with the Independent Review Officer (IRO) Barbara Jones.

Because the IDO alleges that the embezzlement involves “fraudulent intent” – including removing pay stubs from the union’s records and having his girlfriend cut the checks – Philbeck may be concerned about potential criminal charges.

Thankfully, there is no chance he’ll be back in a position in the Teamsters Union. Cleaning up our house and keeping it clean is a necessary part of good unionism. That’s how to build Teamster pride and respect.