Some 10,000 union members, led by mine workers, Teamster retirees, and pension advocates rally in Columbus to urge passage of the Butch Lewis Act to protect hard-earned pensions. Speakers are calling on Congress to “do the right thing” to safeguard pensions for millions who did honest work, earned a pension, and could lose it due to no fault of their own. 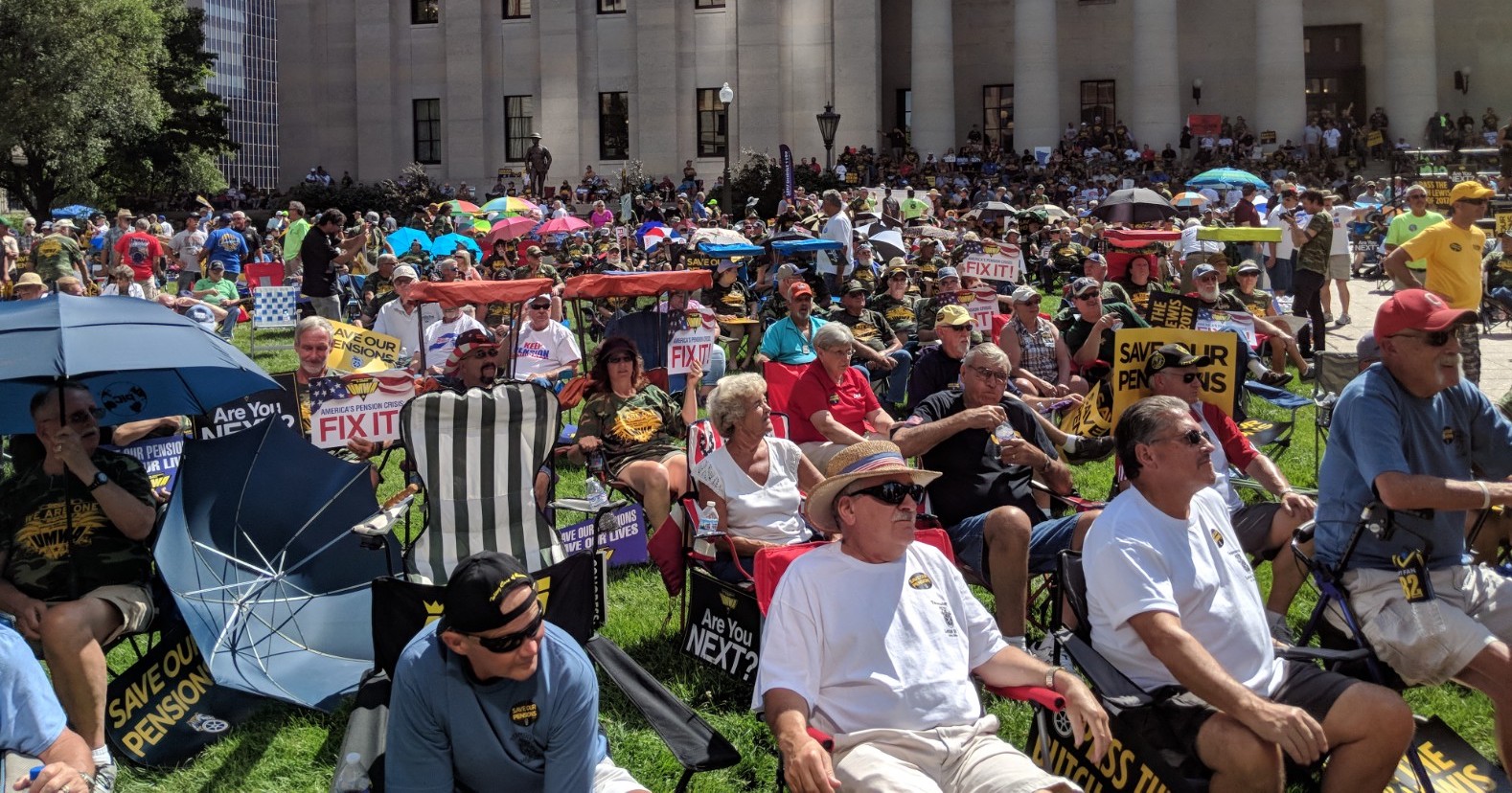 Big thanks to the National United Pension Protection Committee for the grassroots work to mobilize Teamster retirees from dozens of states, and to the United Mine Workers of America, for turning out thousands to support pension justice.

The rally is being held on the eve of a hearing in Columbus by the Congressional Joint Select Committee on Solvency of Multiemployer Pension Plans, the committee which is charged with presenting a bill to Congress by November.

The NUPPC, the United Mine Workers, the Teamsters Union, the Pension Rights Center, TDU, and many others are backing the Butch Lewis Act, sponsored by Senator Sherrod Brown (D-Ohio).

Rally has been live-streamed by the IBT.