Happy Thanksgiving from TDU. We're thankful for union members who are organizing for economic and social justice. Change is coming to the Teamsters! 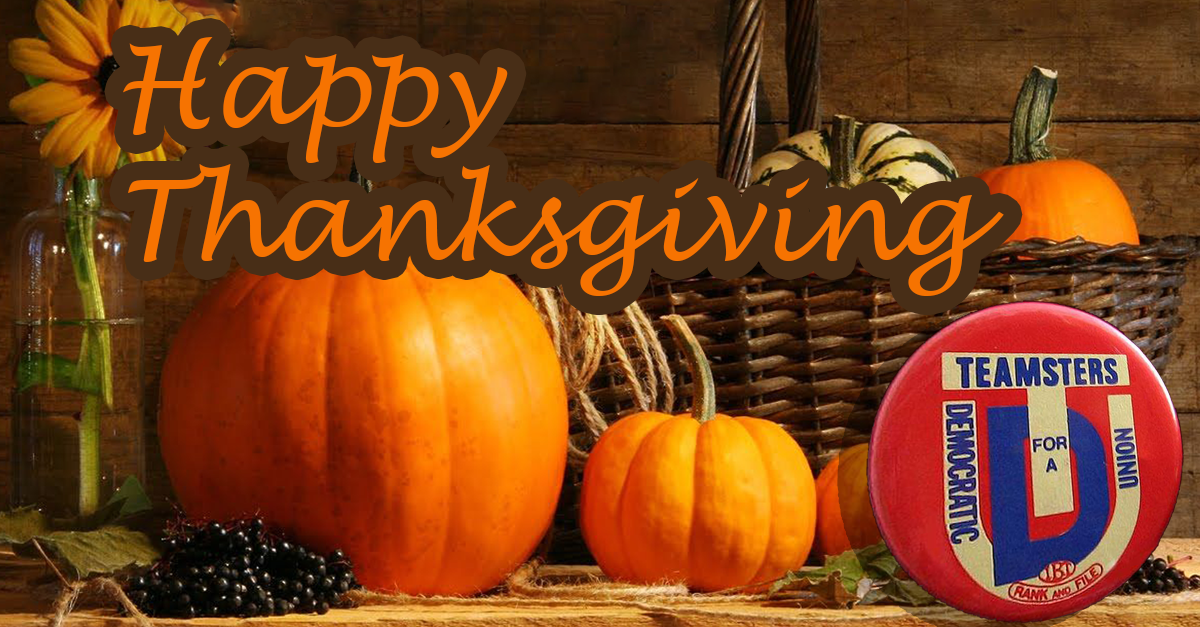 O’Brien-Zuckerman Teamsters United didn’t mince words about the choice in the election. They told members if they liked the union’s direction under Hoffa to vote for Vairma and challenged members who want to fight the employers to vote Teamsters United. The result was a two-to-one rout. Here are five ways to turn the election victory into member engagement and union power.