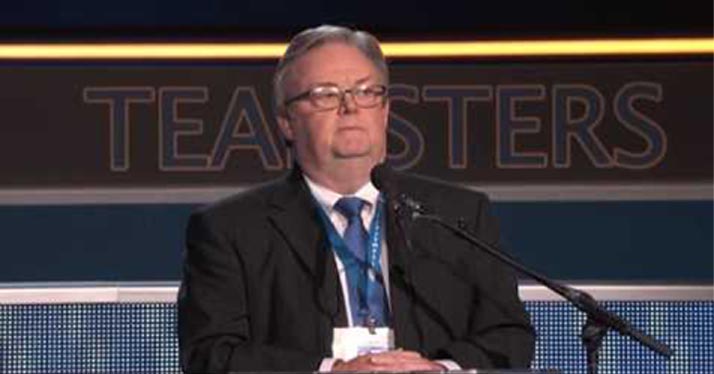 It is undisputed that Smith took tickets provided by Southern Wine & Spirits to attend the “Playboy Party Presented by Crown Royal”—an event advertised as “the most exclusive party in town during New Orleans’ highly-anticipated Super Bowl weekend.”

It is illegal for union officials to solicit anything of value from an employer.

But on May 16, a three-person panel appointed by Hoffa cleared Smith of any wrongdoing.

Even Hoffa’s whitewash panel had to admit that Smith, “might have had some reason to suspect that the passes were obtained with the assistance of SWS.” But, they cleared Smith anyway, claiming he didn’t know that the $6,000 tickets had any value.

“This decision is an insult to the intelligence of every Teamster—and a betrayal of our union and the members,” said Fred Zuckerman. “If you go along with corruption and cover it up, you are just as guilty and the members will take you on and hold you accountable.”

The panel was made up of Tony Andrews, Marvin Kropp and Greg Nowak--the Presidents of the Portland, St. Louis, and Michigan Joint Councils.

Their ruling will now go to Judge Barbara Jones, the Independent Review Officer, who has the power to reject the findings.

The corruption case against Smith is documented, undeniable, and spelled out in black and white in a 24-page report by the Independent Investigations Officer.

After Local 792 members unanimously rejected a contract at SWS, Aloise took over negotiations at the company negotiator’s request and forced through a contract “for less than the employer had been prepared to pay.” (Page 7 of IRB charges against Rome Aloise).

Emails obtained by anti-corruption investigators documented the concessions-corruption connection. You can read them here.

The hearing on the corruption charges against Rome Aloise was held on March 17. Like Smith, his fate now rests in the hands of Judge Jones, the Independent Review Officer.