Another weak UPS Freight contract has been ratified after Hoffa threw away our union’s bargaining leverage and left members defenseless against company threats. 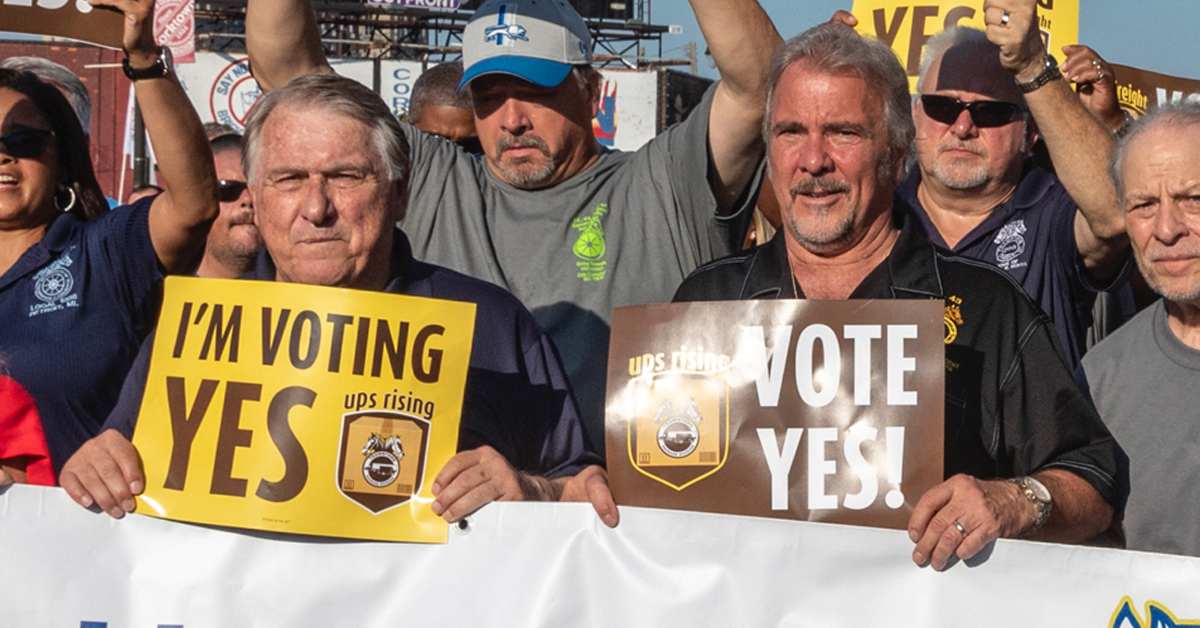 UPS Freight Teamsters are stuck with another five-year deal that will allow for more subcontracting and create a multi-tiered wage structure. The responsibility for this debacle lies squarely with the Hoffa administration.

On the first contract ballot, UPS Freight Teamsters Voted No by 62 percent despite a joint Vote Yes campaign by UPS and the Hoffa administration. The overwhelming No vote gave our union bargaining leverage--especially combined with the No Vote at UPS right before peak season.

But instead of using the leverage provided by the members to win better contract offers, the Hoffa administration doubled down on imposing the bad contracts.

From Vote No to Sell Out

When Hoffa ratified the UPS contract over a No Vote of the membership, the fate of the UPS Freight deal was all but sealed as well.

The common expiration dates of the two contracts gives our union twice the leverage. But with the package contract forcibly ratified, management could aim all its fire at the 11,600 Teamsters at UPS Freight.

The company stopped taking freight in advance of the contract vote and laid off employees. UPS Freight Teamsters understood clearly that the company was playing hardball and Hoffa had hung them out to dry.

UPS Freight Teamsters Voted No on the second vote in some locals where members are backed up by their officers, But it’s understandable that the majority of members opted to Vote Yes this time and make their stand another day after we elect union leadership who will have our backs.

The second contract vote was ratified 6,935 Yes to 2,067 No. Click here to see the local-by-local results.

Sold out Teamsters are moving from “Vote No” to “Vote Them Out.”

UPS Freight Teamsters and members in every industry can take the lead in electing new Teamster leadership so that when our next contracts are negotiated the membership and our leaders can unite against givebacks and win a better future.

Click here to contact TDU or call us at 313-842-2600 if you want to find out how you can help organize for change in your local or at the IBT.