UPS Teamsters—and all Teamsters—stand to lose rights and bargaining power unless the General Executive Board of our union honors the overwhelming rejections of the Metro Detroit and Western Pennsylvania UPS Supplements. 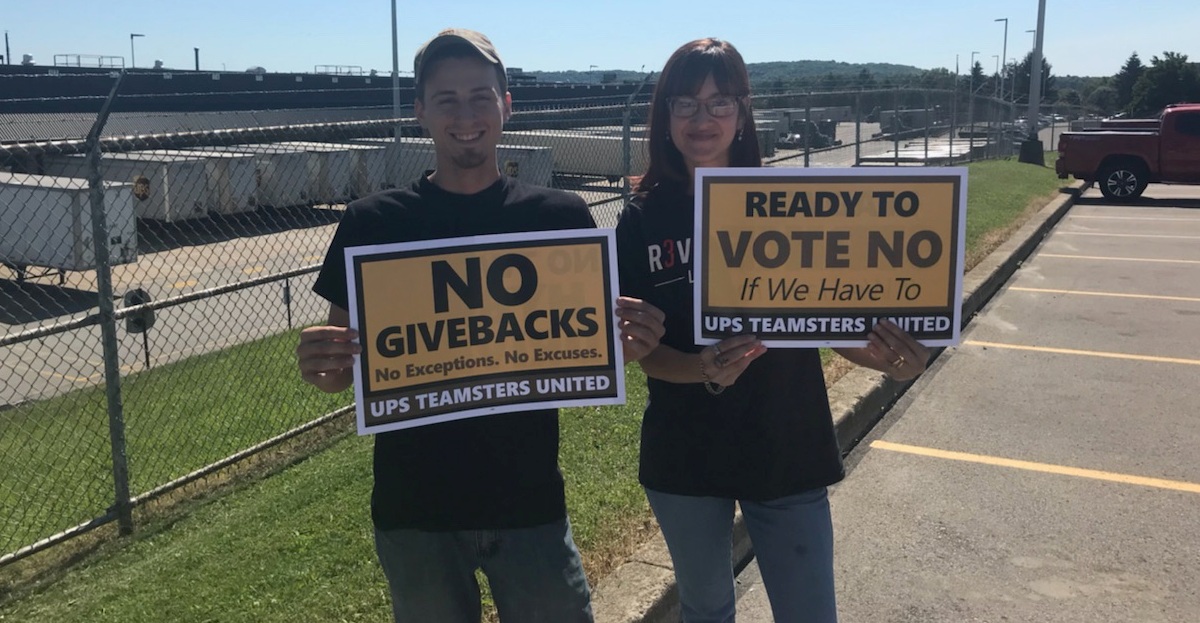 Several International Vice Presidents who ran on the Teamsters United slate have made it clear that they will support the members and the local unions who want to bargain a better deal.

There are 23 members of the General Executive Board, so 12 votes will be needed to stand for solidarity.

Any IBT officer who votes against these locals and members deserves to be voted out in the next election. They will be sending a message of weakness and collaboration to employers.

In both cases, the International union intervened while bargaining was still going on, and cut it off.

In Western Pennsylvania, the company made a threat back in October that if the supplement was rejected on the first vote, that they would pull their pension offer off the table. Then they followed through on this dirty bargaining trick, and the International cut off bargaining while the local unions sought to reverse it.

In Metro Detroit, the local union has posted their bargaining issues and their NLRB charge against the company on the Local 243 website.

The contract vote counts in each local in Western Pennsylvania and in Central Pennsylvania (along with all the local union votes last October) are available here. LINK