How Hoffa Can Stop the 70-Hour Work Week at UPS

The Teamsters Union can stop UPS from forcing package drivers to work 70-hours a week during peak. Here’s how. 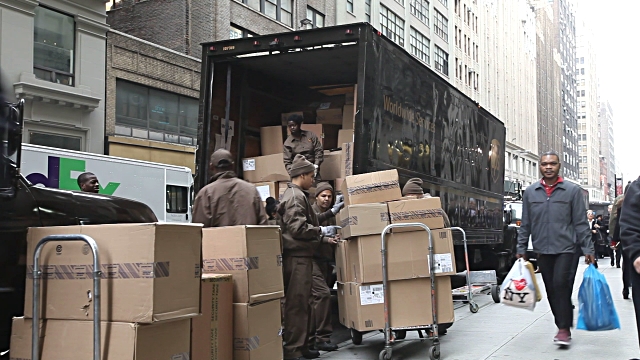 Management created the new 70-hour nightmare by changing its method of calculating Hours of Service to 70-hours-in-8-days, without any negotiations with the union.

The company’s actions are unfair and unsafe. Our International Union can stop UPS. Here’s how.

By law and by contract it is illegal for UPS to unilaterally make this change without bargaining with the union first.

The Hoffa administration should immediately demand that UPS bargain over the issue, and file a national grievance and an Unfair Labor Practice charge with the National Labor Relations Board.

Step Two: Tell UPS that the IBT Does Not Recognize the 34-Hour Restart Rule in Package

Management’s plan only works because of a loophole in the law called the 34-hour Reset Rule.

This rule resets a driver’s work week, for the purposes of calculating Hours of Service, whenever a driver has been punched out for 34-hour consecutive hours. (For example: Saturday at 9:30 pm until Monday at 7:30 am).

Without the 34-hour Reset, a package driver could only legally work 70 hours in any 8-day stretch (Monday-Monday, Friday-Friday etc.).

Only the 34-hour reset loophole allows a package car driver to legally work 70 hours in a week.

The Hoffa administration could stop UPS management by immediately informing the company that the union does not recognize the 34-Hour Reset Rule in Package and demand the company bargain with the union.

The Teamsters Union has stopped companies from using the 34-Hour Reset Rule before. In 2004, the Freight Division issued a notice that the union did not recognize the 34-Hour Reset rule at ABF, Yellow, or Roadway.

The issue has to be negotiated. In the past, UPS and the union have agreed to use a 70-hours-in-8-day Hours of Service method and the 34-Hour Reset rule in the Feeder Department during peak in some areas.

That may make sense to give members more overtime opportunities in the Feeder Department where drivers are not lifting thousands of pounds of packages in a work week and where most driving is on highways, not local streets.

It makes no sense in Package where drivers are already fatigued and breaking down under brutal peak season conditions.

UPS’s change is unsafe for drivers, unsafe for the public, and illegal to implement if the union demands that the company come to the bargaining table.

The Hoffa administration has the power to stop UPS from illegally implementing a dangerous 70-hour work week. On Friday, Hoffa’s Package Division issued a toothless memo and went home for the weekend, leaving package drivers hanging in the breeze.

In New England, our union put the company on notice. Management responded by sending Package Drivers a DIAD message, backing off on the 70-Hour work week.

UPS Teamsters need to demand strong, immediate action from the Hoffa’s Package Division. They can’t punt this issue to local and supplemental areas. We are an International Union for a reason. It’s time to start acting like one. 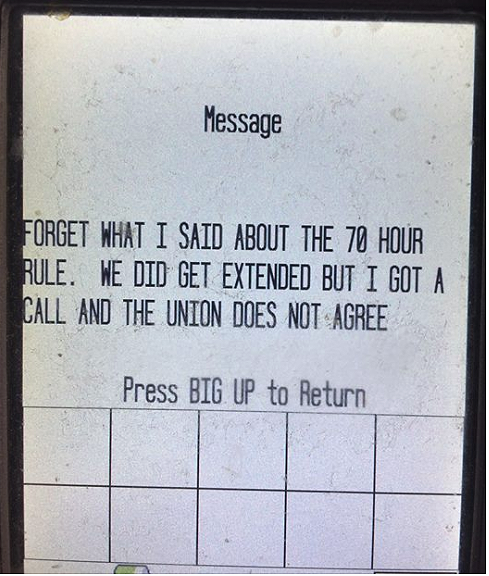