One member, working closely with the TDU Staff, has shown how Teamsters can enforce their rights, beat retaliation, and stand up for a stronger union. 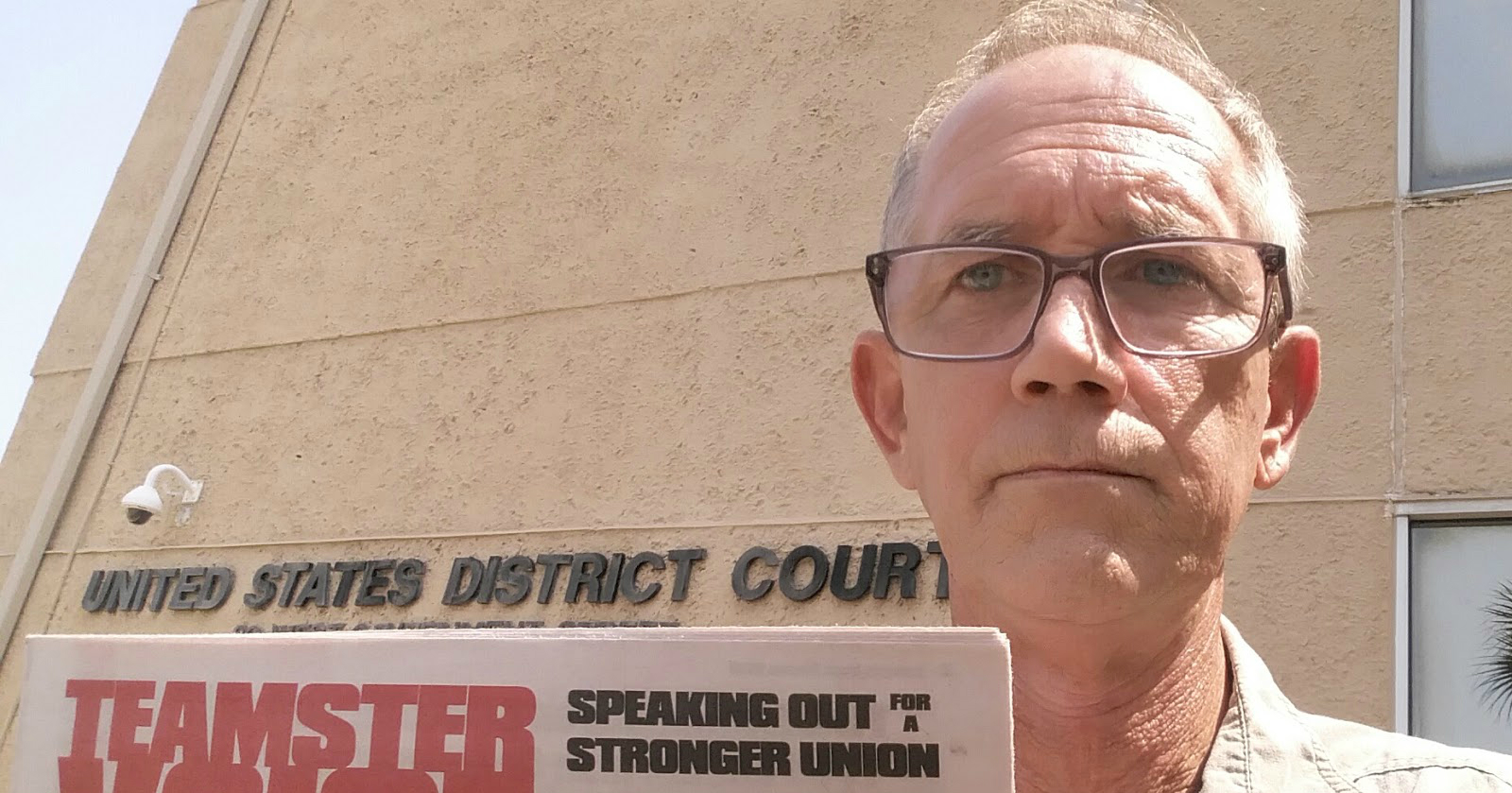 TDU protects the rights of members to speak out, distribute leaflets to fellow Teamsters, and stand together for change.

Recently, Florida Teamster Carl Gregory hit UPS with an unfair labor practice charge that is backed by the NLRB. He defeated bogus internal union charges by the Local 991 leadership against him, and he successfully preserved his right to distribute his card with a picture of him in browns and with the UPS logo.

It’s a trifecta of legal victories, all with TDU backing and diligence on the part of Carl and his supporters on the Florida-Alabama Gulf Coast.

“I would not have survived very long without the support of TDU and the TDU staff,” Carl posted. “The key for TDU is faith in the members; TDU helps ordinary Teamsters do extraordinary things.”

Your Right to Pass Out Leaflets

Teamsters have a right to distribute union and TDU literature at any of their employer’s worksites.

Local 991 covers a wide swath of the Gulf Coast, including Mobile Ala, Pensacola, Panama City, and Tallahassee in Florida.

Management photographed brother Gregory while distributing “Vote No” and TDU materials at UPS buildings in Tallahassee and Fort Walton Beach, and tried to intimidate him. They failed. Gregory persisted and, with TDU’s help, filed NLRB charges which are now headed for trial, NLRB vs UPS.

The NLRB has hit UPS for trying to “prohibit off-duty employees from distributing literature about the union during nonworking hours” and that management “engaged in surveillance of employees’ union activities.”

The president of Local 991 jumped to management’s aid, filing charges against Carl for an overly-aggressive post he made on Facebook. Another fail. Attorney Julian Gonzalez sent Local 991 a detailed letter demanding that they drop the charges; two days later, they did. A quick win, without any hearing ever held.

One more desperate fail by management was taking legal action against brother Gregory for his distribution of this card. Management made the ridiculous claim that he was purporting to represent UPS, or that members would think that he was.

TDU and Gregory went on the offense. Quick legal action filed in federal court by internet free-speech expert Paul Levy, of the Public Citizen Litigation Group, ensured victory on that.

UPS has dropped its suit, and brother Gregory is distributing his card to fellow Teamsters.

TDU’s resources are limited, but we maximize our impact by pursuing significant or trail-blazing cases that can back employers off. And sometimes we have to back off those union officials who want to deny members’ rights.

If you want to help make it happen, please join TDU or donate today.