Recordings of the complete 2021 IBT Convention are available here for any member to view.  The convention was held June 22-23-24, 2021 online, with some 1600 elected delegates participating and voting. 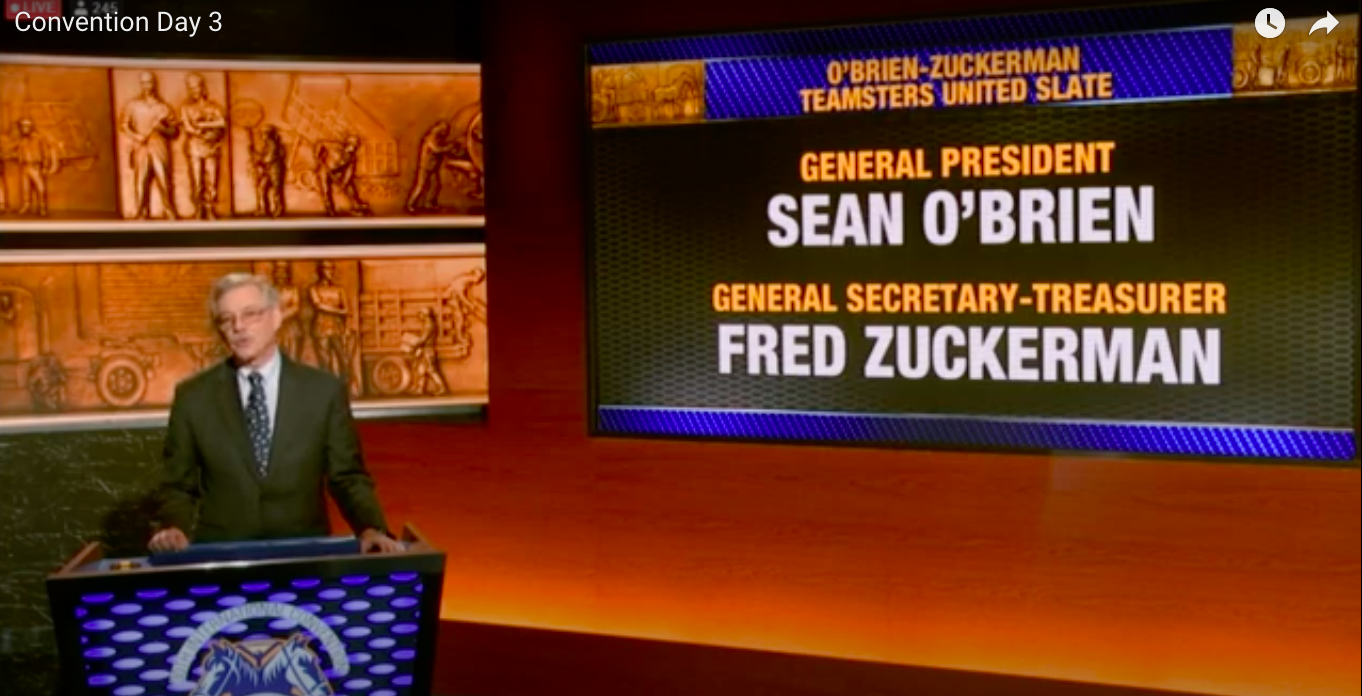 The agenda for the Convention outlines the schedule for each day.

Day 1 included little business, and consisted primarily of greetings from many labor and elected leaders, including President Biden and Canadian PM Justin Trudeau, and a very long tribute to retiring General President James Hoffa.  It included reports from Hoffa and Ken Hall.

Day 2 included more greetings and a tribute to Ken Hall in the early portion.  At the 2:05 hour mark, debate and discussion began on Amendments to the IBT Convention, which continued until hour 3:51.  At 3:51, Election Supervisor Richard Mark gave a report on the nominations process, which concluded at 4:13.  At that point debate and discussion continued on amendments to the IBT Constitution, until 5:18.

Day 3 included a lengthy video on Organizing Amazon followed by discussion and a vote. At the 1:02 mark the Election Supervisor reported on the nomination votes for IBT Candidates. At 1:10 the Election Supervisor reported the results of the nomination voting by delegates.  At 1:15 Fred Zuckerman introduced Sean O’Brien for his acceptance speech.  At 1:35 the Vairma slate video is shown.

Watch Fred Zuckerman speak on the history of the two-thirds rule and the right to vote on contract supplements at 4:41 on Day 2. Hoffa walked off the stage mid-speech.