Hoffa's lead negotiator Denis Taylor has put a contract proposal on the table to allow UPS to create a new category of second-class drivers. 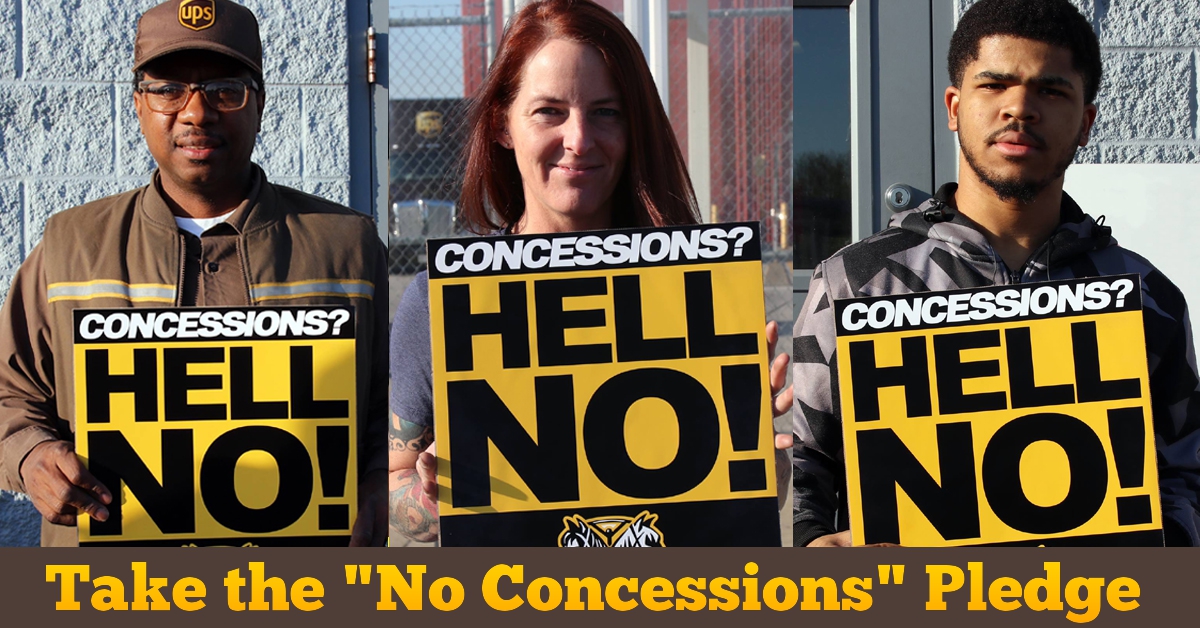 UPS and the Hoffa administration were already cutting weak deals on key issues like harassment and 9.5. Now, they are bargaining the worst giveback in UPS history.

“Hybrid Drivers” would work Sunday-Thursday or Tuesday-Saturday. They would only be paid the 22.3 rate.

If this giveback is allowed UPS can do Sunday delivery with no premium pay. Instead of paying double time wages of $73.78 on Sunday, UPS will pay Tuesday-Saturday and Sunday-Thursday drivers at the 22.3 rate.

UPS will make over $6 billion in profit this year. There is no excuse for making givebacks to a company that is making billions in profits.

UPS is trying to bribe members into accepting a two-tier deal by protecting current drivers—and selling out new hires who won’t be here to vote on the contract.

Current package drivers would get time-and-a-half on Saturday work or double-time on Sunday, but only if they are on a Monday-Friday schedule.

Two-tier givebacks like this weaken and divide our union. That’s why we have never allowed two-tier into package at UPS—and we can’t start now.

We Can Defeat Givebacks – Here’s How!

UPSers can stop this from happening. Any proposed contract must be put to a vote. A bad deal can be rejected by the members and we can send the negotiators back to the bargaining table.

It’s time to show UPS and the Hoffa administration that a contract that includes givebacks will be dead on arrival.

Click here to take the pledge. Tell Hoffa and UPS that we will reject a contract if it gives concessions when UPS is making billions of dollars.

Download and distribute this contract bulletin to inform other drivers.

Print the No Concessions Pledge and collect signatures from other UPSers. 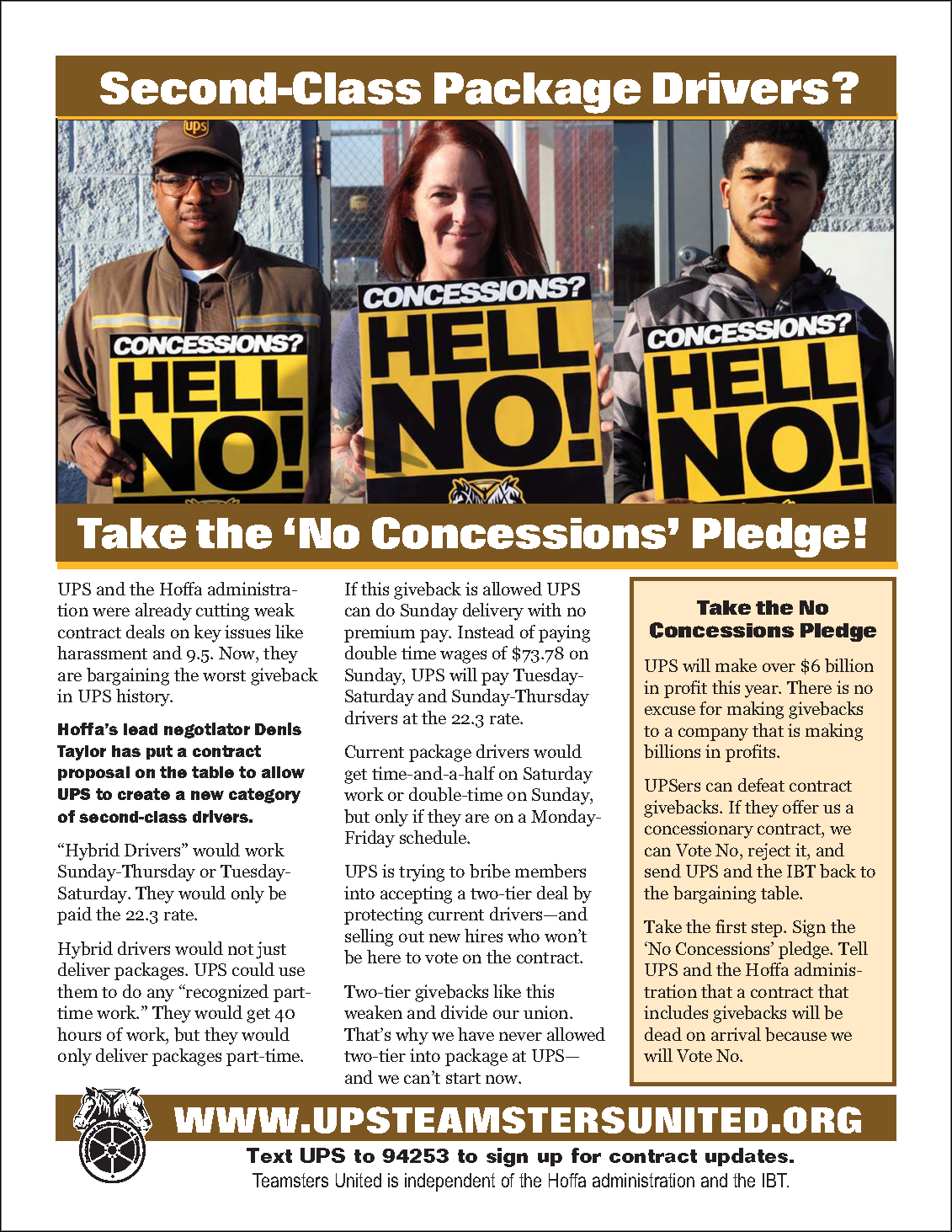 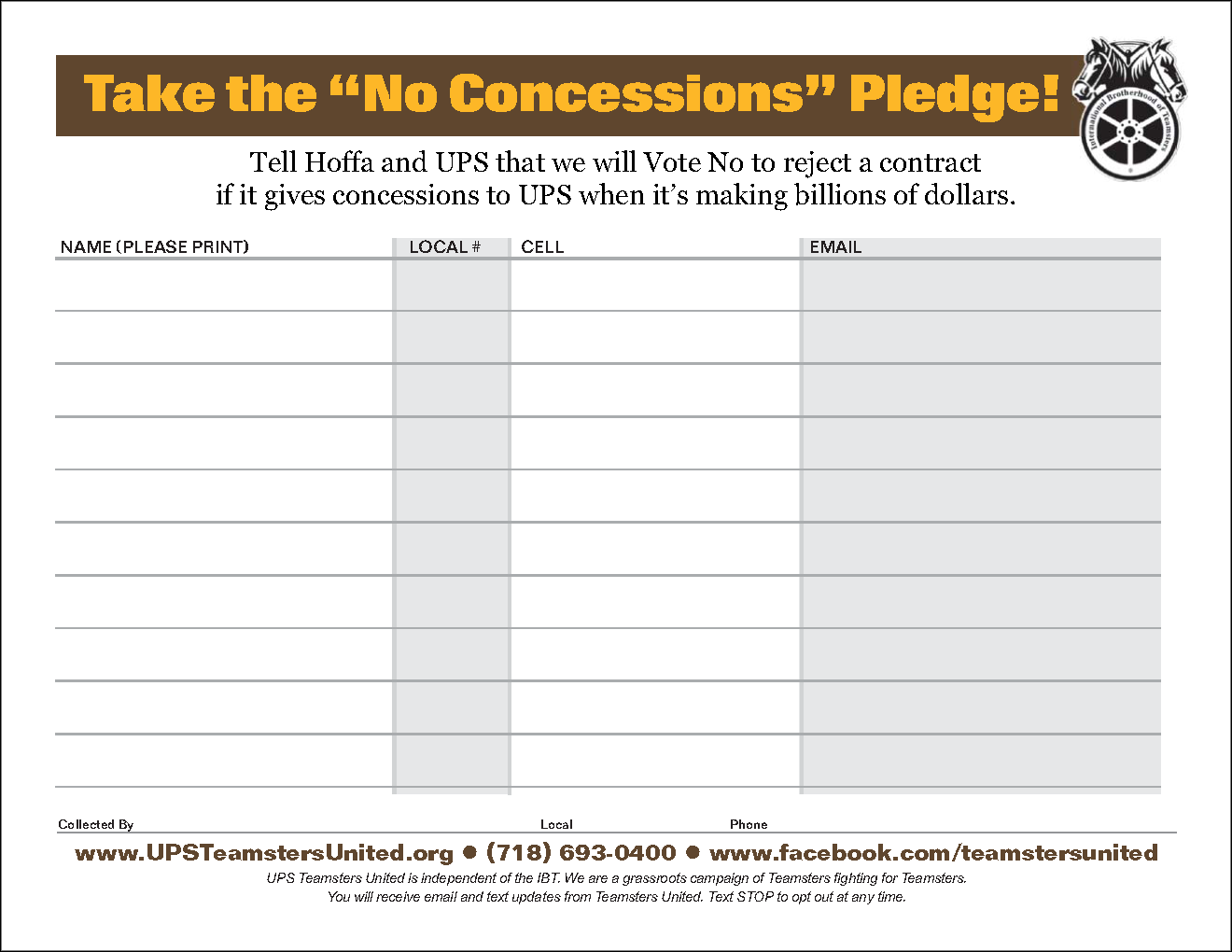