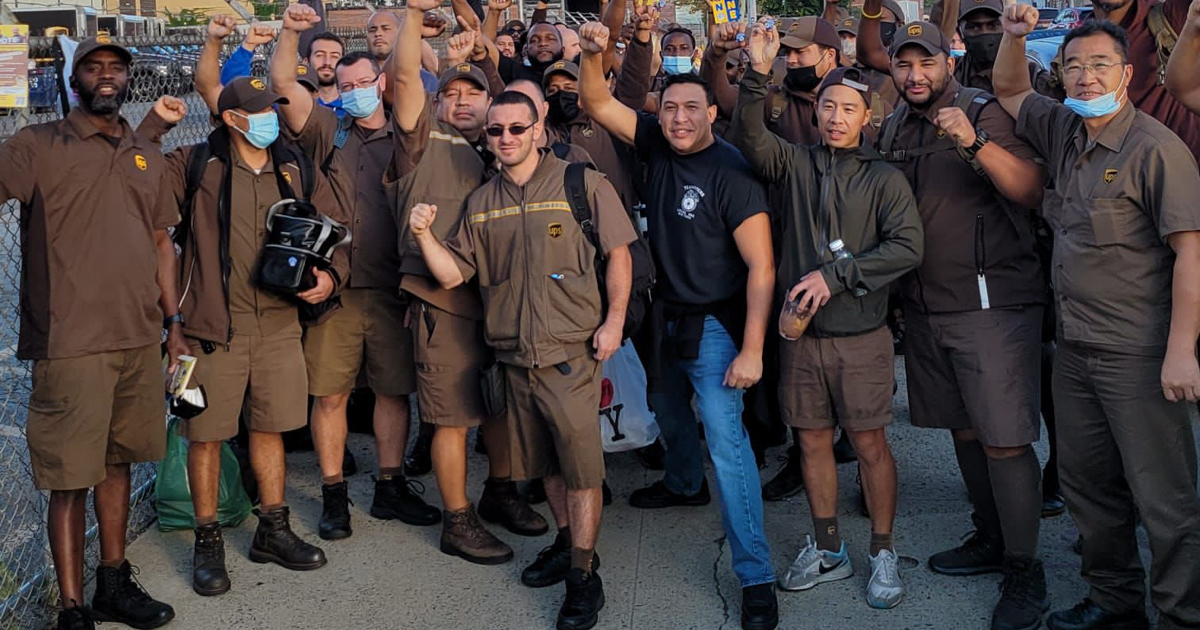 Teamsters who have been organizing to build this campaign have been at this for nearly two years.  We’re tired. Many members we talk to say they’ve already voted. It’s tempting to take our foot off the gas. Don’t.

Tens of thousands of Teamsters who will vote in this election have not mailed their ballots yet.

“After work last night, I went to a UPS barn in New Jersey,” said New York Local 804 Teamster Dave Cintron. “There’s a ton of support there, but a lot of people hadn’t actually voted yet. They needed that extra push to mail their ballot.”

Getting Out the Vote

The campaigning we do now is making a difference and is turning out the votes that will decide the outcome of this election.

“I have a couple of personal days left that I’ve saved for the campaign. I’m using one to do a tour of UPS buildings and grocery warehouses with sample ballot leaflets to remind people to vote,” said DC Local 639 Teamster Carthy Boston. “We can’t afford to leave any votes on the table. I’m not ending this campaign with any regrets.”

"A lot of members at my building have not voted yet, but they have their ballots. I'm coming in early and staying late to make the rounds to explain why their vote matters. We're ready for change and I'm making sure members know our vote will make it happen," says Nashville Local 480 Teamster Thomas Ringler.

"I'm also phone banking on the weekends to reach our supporters who may not have voted yet,” Ringler said.

Proven Tools to Get Out the Vote for OZ-Teamsters United

"I've been going non stop campaigning for the OZ slate, and now especially in these last couple weeks since the ballots mailed out. I've been working my social media too,” said Brian Manns, an ABF Teamster in Kansas City Local 41.

“Help get the message out that we need a good turnout to send a strong message to the companies that it's going to be a new day in the Teamsters. Every Teamster needs to vote and encourage others to do the same."