In Bed with Management on UPS Contract Vote

Who does the proposed UPS contract really help? One picture tells you all you need to know. 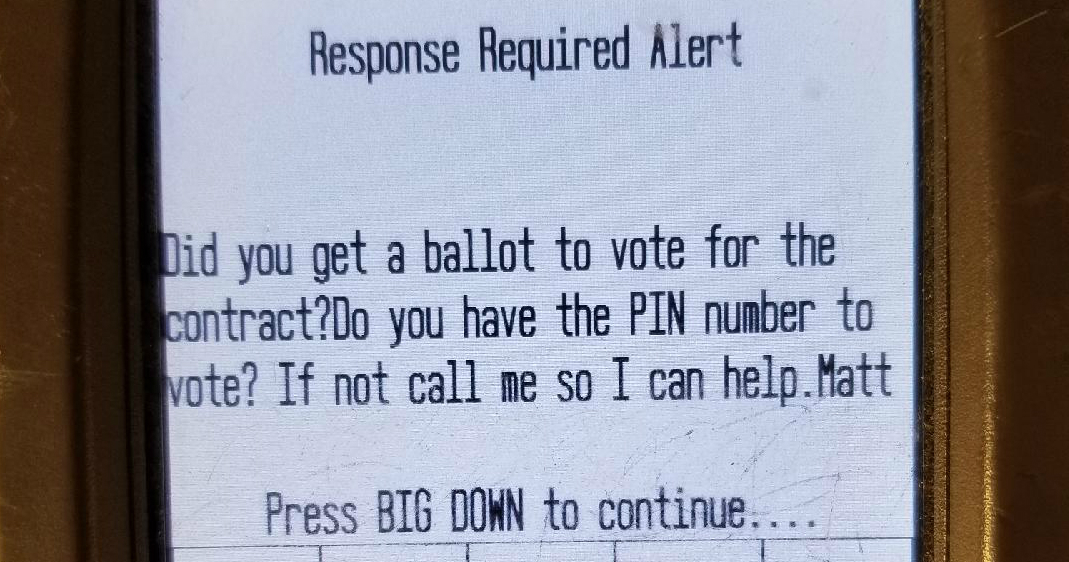 Management is sending out DIAD messages to Teamsters in a desperate get-out-the-vote effort to push through contract givebacks.

Hoffa’s Package Division has been working hand-in-glove with the company. They hired a PR firm to sell members on two-tier 22.4 drivers and other givebacks. But the members weren’t buying what they were selling.

So the company is taking over the Vote Yes effort, including:

When the company is campaigning this hard for a contract, you know it does not serve your interests.