It's Up to Us to Rebuild Our Union

I’ll cut to the chase. Our Teamsters Union is a mess. We can fix this together—but it’s important that we act now. That’s why I’m reaching out to you today. 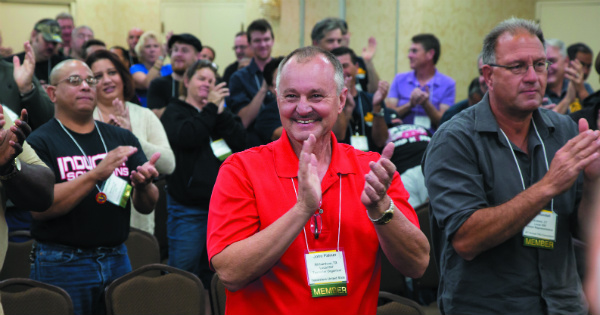 As an International Union Vice President, I have a front row seat to the dysfunctional reality show called the Hoffa administration. They don’t have a plan; they don’t have a clue. If we’re going to rebuild our union, it’s up to us.

The International Union election is coming in 2021. We must win and transform the Teamsters—but we need a strong TDU to accomplish this. From winning in the U.S. and adding six VP’s to turning down the UPS contract, educating members has been at the forefront of our movement.

Right now, we don’t have the resources to win—and losing is not an option. So, we’re turning to friends like you.

TDU is organizing at the bottom to win at the top. We're holding organizing meetings and building an army of rank-and-file activists.

I'm asking you to join in this fight with your Teamster Sisters and Brothers across the country. We must continue to build a movement for change in our union.

Thank you for your contribution and commitment. Change is coming.