Over 170 retires met met at the Independence American Legion Post 21 to prepare themselves for the battle to protect their pensions. The meeting was hosted by the Missouri - Kansas City Committee to Protect Our Pensions. Local 41 (of which most of the retirees are life long members) refused to hold a pension meeting at their hall. 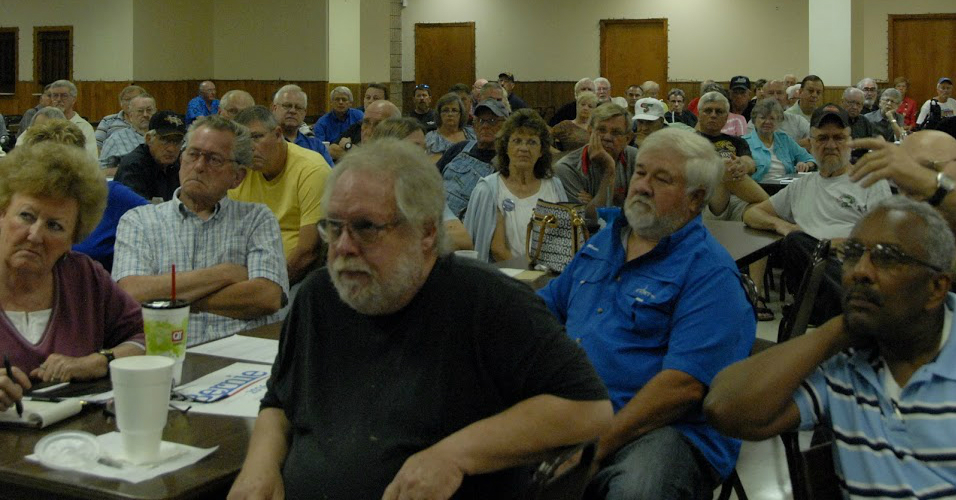 The tone and temperament of this meeting proved positively that these retires are ready, even anxious for a fight. Committee chair, Dave Scheidt said, "These guys are ready to rumble, we will have to get busy to keep them busy!" Representatives from the Bernie Sanders campaign were present and a letter from Bernie was read in support of their efforts.

The next pension meeting is planed for October 29, at 1:00 PM at the same American Legion Post, unless the walls of the local come tumbling down when retires picket the local's next general membership meeting on October 10.