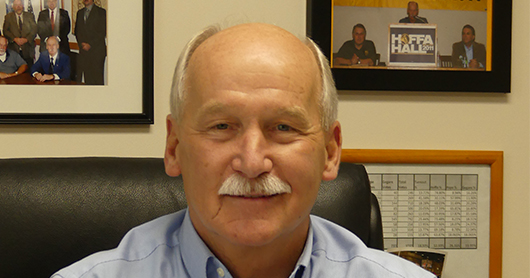 Hoffa, Vairma, and the GEB majority felt it was important to hand Andrews an additional salary and title for a period of just 11 weeks, until the newly-elected OZ Teamsters United leadership team takes office on March 22.

O’Brien pointed out that if an appointment is needed, then one of the winners in the Western Region should be selected, to help facilitate the transition.

Andrews heads Portland Local 305 and Oregon Joint Council 37. He has now been appointed International VP to fill the open seat from when Rome Aloise left office on December 31.

The IBT wasted no time posting his picture and bio on the IBT website’s leadership page. On the other hand, nearly a month after Rome Aloise was banned for life from the Teamsters, that fact cannot be found on the IBT site. The IBT site has a page called “IRB-IDO Cases” but the Aloise decision is strangely missing from the directory of decisions.