The International Union has cancelled plans for holding the IBT Convention in Las Vegas on June 21-25, due to the restrictions on large gatherings during the COVID pandemic.  The Convention will be held on-line, during the same week. 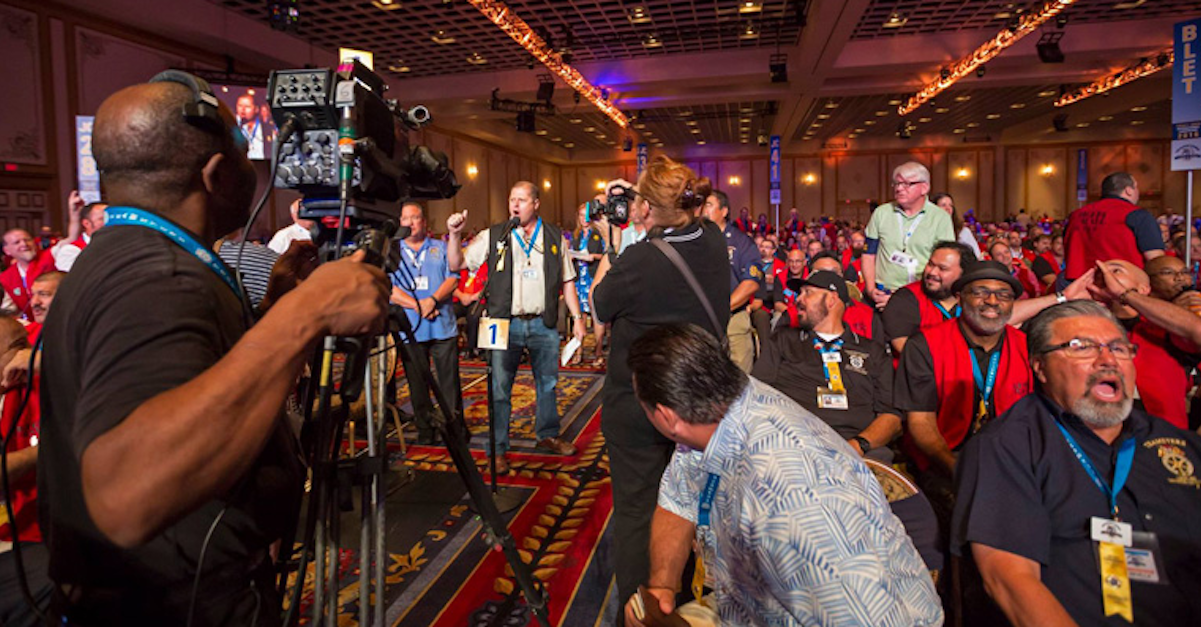 The Election Supervisor will conduct the nomination sessions, where candidates will be nominated for General President, General Secretary Treasurer, and all 27 IBT officer positions.

Constitutional amendments must be submitted at least 30 days in advance and are voted on by the delegates. An amendment will be introduced to eliminate the Two-Thirds Rule that was used to impose the UPS contract after it was rejected by 54 percent of the voters.

Approximately 1700 elected delegates will be the voting participants.  Most locals will hold nominations in January, February and March, and elected by mail ballots sent out a month after nomination.  Nearly 1000 alternate delegates will also be elected.

For information on the Convention process and delegate elections, contact TDU online or at 313-842-2600.

While the important business of the Convention will be largely unchanged, the move to an on-line convention will likely shorten the overall event. However, Hoffa is organizing a self-aggrandizing tribute to mark his retirement and the end of the Hoffa-era of givebacks, pension cuts and union decline.

The IBT General Executive Board today heard a report and voted without objection to approve the change to a virtual convention.

The IBT administration reported that a decision needs to be made now, because it is a multi-month process to prepare for the big event, and that delay could be very costly to the International and to the locals.