How the Two-Thirds Rule started—and how members can defeat it. 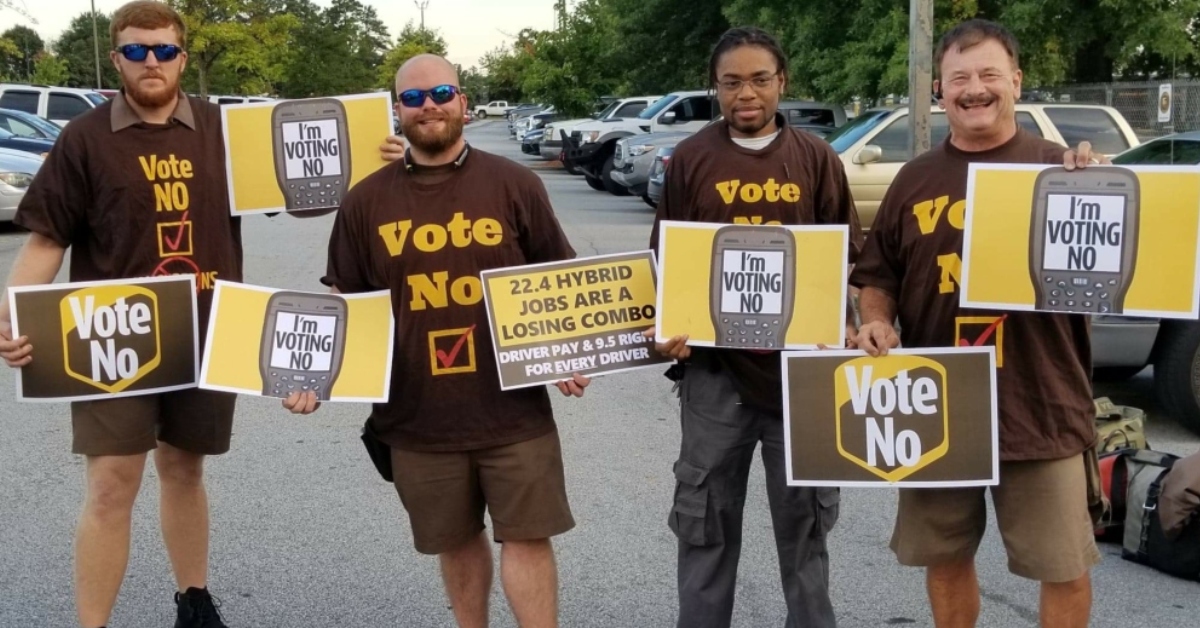 Teamster members were shocked and betrayed when the Hoffa leadership imposed the largest contract in our union, after a majority of UPSers had voted to reject it.

Here’s how the Two-Thirds loophole started—and how members can defeat it.

The rule requiring a two-thirds No vote to reject a contract was put in the IBT Constitution in 1940.

Members formed TDU in 1976, and launched a campaign to get rid of it. In 1987, TDU won a big victory that partially rid our union of “minority rule on contracts.”

Prior to 1987, the 2/3-to-reject was absolute. No matter how many Teamsters voted, it took two-thirds to reject a contract which the IBT leaders deemed a “final offer.”

1987 marked a turning point. TDU sued over irregularities in the freight contract vote.

At the same time, the IBT leadership faced a brewing federal racketeering lawsuit. They knew that TDU was close to winning the right to vote for IBT leaders.

Under legal and political pressure, IBT leaders agreed to reform the Two-Thirds Rule.

This victory partially established majority rule on contracts. But the IBT old guard inserted a loophole in the Constitution: if less than half the members participate in a contract vote, then the Two-Thirds Rule can still be applied.

Many Teamsters were unaware of that loophole. It had never been used in a national contract in over 30 years.

But when the majority of UPS Teamsters rejected their contract, the Hoffa administration stood with the company and against the membership and imposed the contract.

The Two-Thirds Rule and the rest of the Teamster Constitution can be amended at the next Teamster Convention.

TDU members will be working to elect delegates who will oppose the Two-Thirds Rule and support other constitutional reforms.