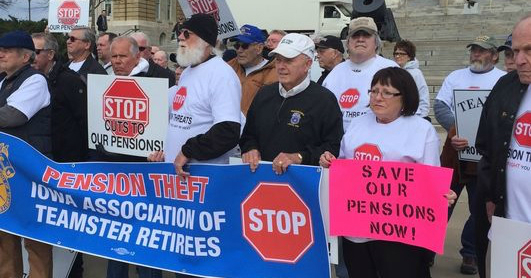 This theme will continue to be the focus when active and retired Teamsters descend on Washington, D.C. for a rally to demand pension protection scheduled for Thursday, April 14.

At the Des Moines action, Mary Packett, the daughter of a retired Roadway Teamster, said, “You have to fight, this is the fight of your lives.” Packett, a leader of the Nebraska/Iowa Committee to Protect Pensions, represents the spirit of many grassroots activists and Pension Protection Committees that have been organizing against the cuts. These Teamsters and many more will be in Washington to carry the fight to Congress and call on our representatives to insist the U.S. Treasury Secretary reject the Central States proposal. 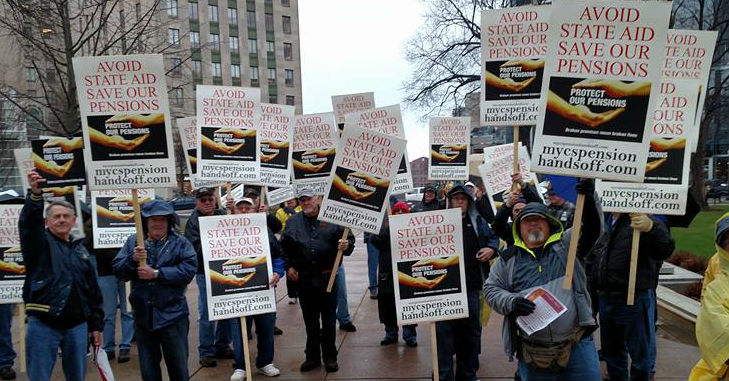