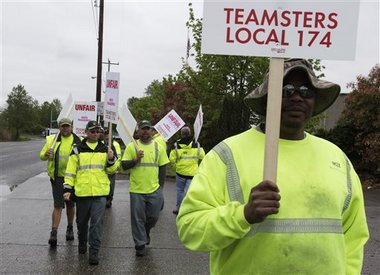 The plight of the Teamsters' Central States, Southeast & Southwest Pension Plan has been in the news lately and its prospects are not good.

Documents filed at the end of 2012 by the Rosemont, Ill.-based fund show that its liabilities are almost double its assets – $34.9 billion vs. $17.8 billion.

In short, the nation's largest multi-employer pension fund is also one of its most troubled.

The plan today covers 65,000 union members and 212,000 retirees. Because so few employees are paying into the system compared to how many receive retirement benefits, the fund's assets plunged by $2 billion last year. The plan had a similar deficit in 2011.

Central States was started in 1955 under infamous Teamsters boss Jimmy Hoffa, whose namesake son is the current Teamsters leader.

Central States Executive Director Tom Nyhan told Congress in 2010 that the fund "is projected to be insolvent in 10 to 15 years," if no action is taken. He said the same thing in April.

Here's a look at what happened, what's being done to fix it, and what happens if the fund goes bust. 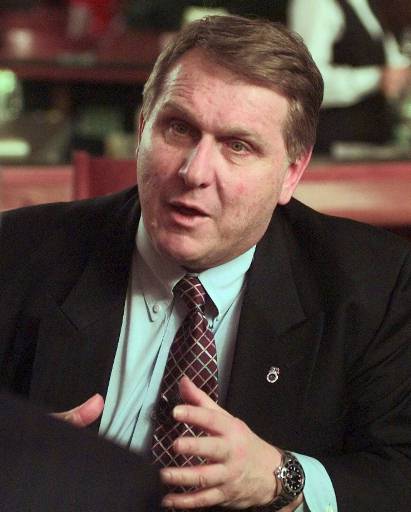 A number of forces came together to put the fund in its current hole including market downturns with losses possibly exacerbated by heavier investments in stocks compared with other pension funds; company bankruptcies; businesses moving out of the country; and the withdrawal of UPS from the plan.

The biggest contributor to the fund's problems, according to Ken Paff, co-founder and national organizer of Teamsters for a Democratic Union, was allowing UPS to leave the pension plan in 2007. UPS, he said, is 10 times the size of any other Teamsters employer.

Keeping the largest employer in the plan would have kept the ratio of those paying into the fund compared to those withdrawing benefits close to the 1-to-1 ratios seen in another Teamsters fund, Western States, which is in good financial shape.

When UPS withdrew its 44,000 employees from Central States, it agreed to pay $6.1 billion for the right to do so. Much of the money was lost when the stock market tumbled in 2008. "Western bargained a broader base of companies into its plan," said Paff, whose grassroots organization seeks to unite Teamsters to take ownership of their union.

He added that the two plans had similar members to start with, but their fiscal paths have diverged, despite both having lost members who worked at companies that went belly-up or moved out of the U.S.

WHAT'S BEING DONE TO FIX IT?

The Teamsters back an austerity plan to keep Central States afloat. Those who receive pension benefits would feel that austerity. The union is part of the leadership of a group of employers, unions and pension funds urging Congress to take steps to revamp laws governing the plans. Included in their proposals is one that would allow funds at risk of being insolvent within the next two decades to cut benefits to current retirees and those who leave the workforce in the future.

The group, the National Coordinating Committee for Multiemployer Plans, said cutting benefits and reshaping how pension funds operate are the only way avoid a "taxpayer bailout."

The challenge, as Randy DeFrehn, executive director of the group, put it is, "How do we minimize the impact on all the stakeholders? We have plans (including Central States) clearly headed for insolvency. We've tried to provide a vehicle that said, 'Why not let plans cut benefits before insolvency?'"

Current federal law, part of legislation passed in 1974, makes it illegal to cut pension payments to anyone who has already retired. This proposal would undo that, but Congress would have to pass a law enabling the change.

Paff sees cutting benefits as a false choice that has been set up with letting the plan lapse into insolvency. "I guess if you make that the only choice, you have to do it," he said.

But on truly saving Central Sates, Paff is pessimistic: "You could use prayer. There's not an internal solution. We need to beef up the PBGC," referring to the Pension Benefit Guaranty Corp.

WHAT IF IT GOES BUST?

If Central States can't meet its obligations, the government mandated insurance agency, the PBGC, would take over paying benefits. But retirees will lose out, big time.

For starters, the top monthly benefits payment allowed would be about $1,200 (compared to nearly $5,000 under a single-employer plan that went bust).

Assumptions made about multi-employer plans decades ago have caused problems, she said. For instance, when the PBGC was started in 1974 it was thought such plans could never become insolvent, so no insurance was provided.

"There was no insurance program until 1980," she noted.

When Congress enabled insurance for multi-employer plans, "the premiums paid to the PBGC were very, very low; $12 per year, per participant. That's $1 a month," she said. "If the premiums were raised to $120 per year" it would solve a lot of problems.

For his part, Paff sees pressing Congress to make the PBGC more robust as the only way to help those covered by troubled pension plans.

"I think the unions could even get AARP behind this," he said, referring to the powerful older Americans advocacy organization. "I believe this is a fight that can be won."