Message from California University Teamsters: Don't Shut Us Out of the Union

Some new members of Teamster Local 2010, the statewide local of CX and Skilled Trades members covering the campuses and several medical centers of the University of California (UC) and California State Universities (CSU), asked that we post this article and a letter from four of their officers. 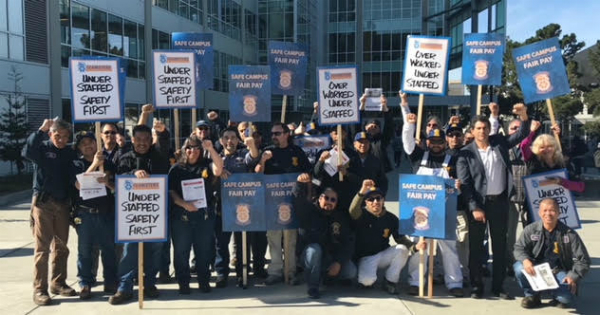 With the Janus v AFSCME Supreme Court decision expected to impose so-called ‘right-to-work’ on all public workers, it is all the more important that members’ voices be heard and members not be closed out of our union. Our very survival depends upon the trust and involvement of our members.

The State Employees Trades Council United (SETC-United) voted to affiliate with Teamsters 2010 in August of 2017. We were an independent union of 1400 skilled trades workers in the CSU and UC. A member-run and member-controlled union is what allowed members a strong voice. We voted to affiliate with Teamster Local 2010 to bring more political power, resources, and stronger density in higher education. The promises made to them were: keep your existing structure, create a dedicated fund, and keep the focus on being member driven.

Within recent weeks, 2010 Principal Officer Jason Rabinowitz has taken back all the promises from the affiliation agreement. Our elected Board members have no oversight of the skilled trades division. They are restricted from campus visits unless Rabinowitz approves. Our SETC Director was removed from day-to-day operations and replaced with directors from the clerical unit, in violation of the affiliation agreement.

The promise of skilled trades members keeping the same structure has been belittled to a name with no authority. Some members of our SETC-United Board have distributed a detailed letter on these issues.

The members of the clerical division and Skilled Trades need to hold Rabinowitz accountable for the actions which are tearing apart Local 2010 in the pending face of Janus. We can no longer function in the face of fear and silence as Janus looms in the background. Local 2010 members have started to take a stand and are putting Rabinowitz on notice. “We will no longer be silenced by the very leader who tells us to stand up for our rights” workers echoed in messages to TDU.

Local 2010 faces big challenges in the days before Janus, as we are a 100% public employees. This type of behavior from leaders causes division and dissention, while we try to build Unity and Solidarity.