5 Things Teamsters Can Do When the Contract Comes Down

5 Things Teamsters Can Do When the Contract Comes Down

1. Read Between the Lines

Last time, UPS walked away with concessions from the union and contract loopholes they've used to crush Teamsters. Make sure you study the fine print on harassment, technology, full-time jobs, subcontracting and other issues.

Freight Teamsters are on the watch against any concessions to their healthcare and wages.

Carry a copy of the proposed contract with you. Organize parking lot or contract review meetings to go over the contract with other members and see if the proposals match up against the improvements we deserve.

Attend the contract meeting called by the local. Make sure you get all your questions and concerns addressed. The companies have been putting out their propaganda—working Teamsters need to have a discussion of the real facts.

If the contract doesn't deliver on our crucial issues, we have to come together, speak up, and be prepared to send our negotiators back to the table.

TDU and its UPS and freight networks are the only source of independent information about our contracts and pensions. Teamsters need these rank-and-file networks to push our union negotiators and the employers to deliver stronger contracts—and to help us enforce them once they're in place. 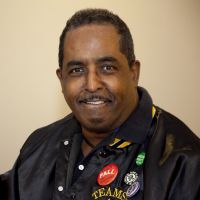 "The union and company need to see rank-and-file members paying attention and getting mobilized. The contract will only be as strong as our involvement.

"Study the proposed contract and read between the lines. Get informed now—read the updates from TDU, Make UPS Deliver, and the freight networks—so that we're not bamboozled by PR when the contract hits and so there can be resources to educate others when they have questions."