April 2, 2010: As of the end of March, the International Union was meeting with ABF regarding a concessions proposal to present to ABF Teamsters. A meeting for freight local officers is set for April 19, perhaps to see a concession proposal before it goes to a vote of the members.

Freight Director Tyson Johnson has held some 25 conversations with ABF in the past year about their situation, and contends that concessions are needed to help the company stay healthy.

The International Union says any deal with ABF will include equality of sacrifice: salaried personnel, management and execs will take the same percentage cut that Teamsters take.

Many members and locals submitted important considerations to the International in March, including: no change in the pension; any concessions to be short-term, and contain a snap-back provision to return to full contract; full on-going disclosure of ABF’s finances and books; and noting that ABF is actually gaining market share and poised to make money when the economy improves.

A concession proposal will go to the members for a vote. The General Executive Board has taken action to override the separate Chicago Local 705 and Local 710 contracts and lump them into a national vote along with the locals in the national master contract. Due to prior litigation, TDU has won the right for independent member observers of the vote count.

ABF: Stop Crying, Give Us the Facts 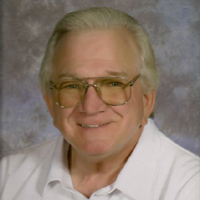 “Nobody wants to give back a dime without more details on what ABF management is willing to sacrifice or give up on contract language.

“We need to learn from the YRC concessions and be sure that negotiations don’t just lead to a surrender to the company proposals.”

“ABF should be focusing on what they do well: quality trucking, not crying.”