Hoffa and Ken Hall have spent much of this year telling Teamsters to take concessions.

How do you think they're doing?

A lot of Teamsters have had to tighten their belts over the past few years. Hundreds of thousands have just been told by James Hoffa and Ken Hall that concessions in healthcare or pensions or wages are necessary.

But one group of Teamsters has not felt any belt-tightening at all: James Hoffa, Ken Hall and their appointees.

These figures are part of the $150,000 Club Report, a comprehensive study of Teamster finances by the Teamster Rank and File Education and Legal Defense Foundation (TRF).

The report provides nonpartisan information to Teamster members about how our dues money is being used.

Hoffa pulled down $367,864 last year, including a special "housing allowance" of $60,000. The Teamster Constitution provides a limit of $225,000 for the General President, but also includes a generous cost-of-living clause which Hoffa always makes use of.

As you look over the list, you will see many officials draw multiple salaries—137 officials do, over 100 of them on the International's payroll. Not only does this cost our union millions, it serves to create a loyal patronage army for Hoffa and Hall.

General President Ron Carey eliminated almost all multiple salaries. Hoffa initially promised to the same, but his train left that platform the minute he got in office.

Many Teamster officials work hard and they deserve to be compensated for the long hours. But when top officers are telling members they need to accept concessions because of tough times, those same officers should lead by example.

Our whole union has been hit hard. Many locals have had to cut back on organizing or representation. When Hoffa raised dues in 2002, he promised that the extra money would be "a nickel an hour for Teamster power."

Teamster power should take priority over Teamster perks. But the International has cut organizing. Organizers have been laid off. Over the past year, the big organizing priority of the IBT has been to raid the Transport Workers Union and International Association of Machinists at American Airlines and US Air. Those drives went up in smoke this past summer.

Do you agree? If so, contact Teamsters for a Democratic Union, the movement of Teamsters working to make it all happen.

Download TDU's Annual Teamster Salary Report. This longer report includes all officials who made over $120,000 in salary. 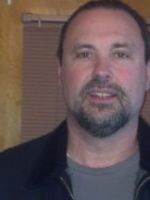 They Live Off Our Dues

"They tell us we have to sacrifice our wages and pensions to keep our jobs while they live off our dues with their bloated salaries, benefits and secure retirement packages." 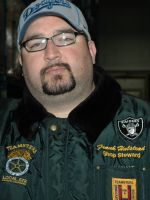 High on the Hog

"My principal officer makes four to ten times more than the members he represents. Too many officials are out of touch with members who struggle to make ends meet. Teamster officials are living high on the hog."