November 14, 2008: Our union needs to protect Teamster jobs and seniority as Yellow and Roadway merge their operations.

In November, Yellow Roadway is merging about 60 city terminals, after the Teamster Change of Operations Committee approved the move on Nov. 11.

Now the two big changes, that will impact some 35,000 Teamsters, will soon follow.

In December, YRC will submit its proposed change for the next phase, which will be the merger of almost all pick-up and delivery operations. Management wants to implement that change in January.

Then will come the final step, a proposed change that will merge the break bulks and road network. This is bound to be the most problematic, for the company and for the affected Teamsters. YRC wants implementation by March.

The first change established the rule that the dovetailed lists will include active and laid off Teamsters: the full seniority lists will be dovetailed, by classification of work.

The union leadership has been fully supportive of YRC’s merger and moves to trim costs, including the loss of some 4,000 Teamster jobs that YRC hopes to eliminate in the merger.

Now it is time for our union to carefully review the upcoming company proposals to protect Teamster jobs and seniority rights in the biggest trucking merger in history. 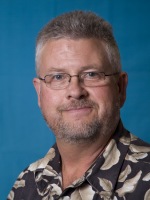 We all want to save good Teamster freight jobs and to see YRC prosper.

But YRC is going to look out for management’s interest. We need our union leadership to protect our jobs, seniority, and working conditions in these tough times.