Brownout On UPS Issues at the Teamster Convention

July 15, 2011: With all of the violations happening at UPS, you would think our union’s biggest contract would have been a hot topic at the recent Teamster Convention.

But during the entire five-day Teamster Convention in Las Vegas, only one delegate got to speak on UPS issues from the convention floor: shop steward and TDU member David Thornsberry of Teamsters Local 89 in Louisville.

Brother Thornsberry was also the only convention delegate to have the microphone cut off by the chair while he was speaking.

Thornsberry rose to speak during a debate on a resolution entitled, “The Fight to Preserve Jobs and Standards.” Secretary-Treasurer Tom Keegel said Thornsberry was “not on the subject” and shut off his microphone. 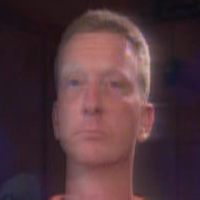 Local 89 delegate David Thornsberry at the 2011 Convention.Remarks on the Resolution ‘The Fight to Preserve Jobs and Standards’

I am a 24-year Teamster and a union steward and a proud Sandy Pope delegate.

I rise to speak in favor of this resolution. I walked the picket line in 1997 in our historic strike. We said Part-Time America Won’t Work and we meant it. Because of that historic strike, we won 20,000 new full-time jobs at UPS.

The company has been eliminating these jobs. There are missing 22.3 jobs and displaced 22.3 workers at UPS in my Bluegrass facility.

22.3 Teamsters and their families are hurting.

This is a good resolution. I support it.

We had a good Teamster slogan at UPS. I believe in it: “Actions Speak Louder Than Words.”

Brother Hall, Brother Hoffa: Now is “the right time” to enforce the language in our contract.