May 22, 2012: Vermont bus drivers welcome their new boss with a show of rank and file unity.

For years, Teamster bus drivers in Vermont were at odds with their General Manager, including a bitter battle over their last contract which ended in a rank-and-file victory.

So members were happy to get the news that a new General Manager was on the way.
Then, stewards received letters at their homes from management telling them not to interfere with any company investigations.

"That was really the last straw," said Local 597 member Robert Slingerland. "Members were angry and wanted to do something to show that things had to change."

When the new General Manager came on the job, the members decided to show some solidarity.

"We wanted to show the new management that we're united and we're not going back to the way things were before," explains TDU member Scott Ranney.

Members circulated a petition in support of their stewards—56 out of 60 drivers signed the
petition. Slingerland then had 56 buttons reading "SOLIDARITY" made, and distributed them to the members who signed the petition.

When their new General Manager came on the job, members wore the buttons on the job for a whole week.

The show of unity paid off.

"Drivers really liked the buttons and are still wearing them," says Slingerland. "Some wear two."

The honeymoon will probably not last long though. The bus drivers continue weekly meetings to discuss workplace issues and prepare to fight for a better contract when their current one expires in July 2013. 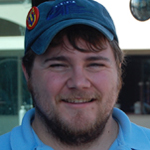 We're Not Going Back

"We wanted to show the new management that we're united. We're not going back to the way things were before."