December 20, 2010: Teamster bus drivers in Vermont are reaching out to the riding public to win a contract that improves conditions for both drivers and passengers.

Teamster bus drivers in Vermont are used to cold weather. But even that didn’t prepare them for the chilly reception they got when they signed up to make public comments at the Board of Directors of their employer, the Chittenden County Transportation Authority (CCTA).

After voting 36 to 1 to reject a weak contract offer, Local 597 members attended the board meeting to state their case and tell the CCTA and the public what it would take to reach a fair agreement.

Instead, the CCTA board shut down public comments. Their gag order prevailed—but Teamsters didn’t go quietly. They came back for a special CCTA board meeting. And this time they brought friends.

As the head of the CCTA steamed, drivers and members of the public lined up to speak out in favor of a contract that will improve conditions for both drivers and the public, including:

“Our overwhelming No Vote and the support we’re getting from the public sends a clear message to the CCTA that we’re ready to negotiate a reasonable agreement—and we’re not going to roll over,” said driver Jim Fouts.

Reaching Out to the Public

Fouts is a member of the Sunday Breakfast Club, a group of rank-and-file Teamsters who organized a contract action network to inform and unite Local 597 members. They’ve also been reaching out to students, unions and community groups for support.

The CCTA is the largest public transportation agency in Vermont, so public support is critical. Incredibly, Local 597 officials have objected to solidarity efforts from Vermont labor.

The Vermont AFL-CIO Central Labor Council asked local unions to attend the CCTA Board of Directors meeting, but then retracted their call for support at the request of Local 597 principal officer Ron Rabideau, saying the contract dispute was an “internal matter” that “does not involve the Vermont AFL-CIO.”

Fortunately, Vermont union members put union solidarity ahead of politics. Their public show of support for Teamster bus drivers helped bring the CCTA back to the bargaining table.

“The outstanding issues are non-economic and there’s no reason we can’t reach a deal that improves working conditions and service at the CCTA,” said Chuck Norris-Brown. “We’re going to stay united and keep working with the public to make sure that happens.” 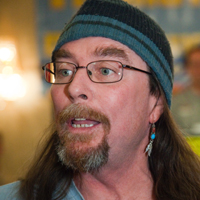 We’re Ready to Negotiate. Not to Roll Over.

“Our overwhelming No Vote and the support we’re getting from the public sends a clear message to the CCTA that we’re ready to negotiate a reasonable agreement—and we’re not going to roll over.” 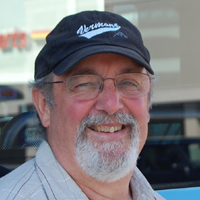 “The outstanding issues are non-economic and there’s no reason we can’t reach a deal that improves working conditions and service at the CCTA.

“We’re going to stay united and keep working with the public to make sure that happens.”