March 25, 2011: Central States is totally eliminating early retirement for YRC Teamsters and dropping them into the rock bottom plan.

Hoffa told YRC Teamsters to take givebacks. He never told them they would lose their already-earned pension credits.

On March 22 the Central States Pension Fund made it official: they slashed the pensions of YRCW Teamsters. YRC Teamsters still working or who retired after Sept. 24, 2010, will be put on the Central States “default schedule” of benefits. This means no more 25- or 30-and-out, no more $100 per year accrual for pre-2004 years. The only pension earned will be the 1%/2% accrual, and it will be payable at age 65.

Those who retired prior to Sept. 24 will be unaffected and retain their current benefit level.

Those retiring under age 65 will be hit with a six percent per year reduction if they retire before July 1. After July 1, the penalty for retiring under 65 will be worse: for example, retirement at age 62 will mean a 26 percent reduction from a pension that has been already reduced.

There is a “grandfather clause” to partially protect Teamsters who reached age 55 by July 9, 2009, and who had 25 or more years credit as of that date. They can retain their 25- and 30-and-out benefits, but only if they wait till age 62 to retire. Those who retired after September 24, 2010 at less than age 62, will be allowed to stop their payments till age 62, losing years of pension benefits if they retired early.

The announcement was contained in the fund’s bulletin 2011-4, available here. Also available is the fund’s January 2011 bulletin concerning the terms of its default schedule.

Teamsters have asked Teamsters for a Democratic Union (TDU) to explore any possible legal remedies, which TDU will do. But Central States is good at covering their rear when it comes to litigation.

Some 64 percent of the YRCW Teamsters are covered by the Central States Fund. But others will be affected in various ways by actions of the other Teamster pension funds.

Reportedly the Western Conference of Teamsters Pension Trust is not going to accept the reduced payments from YRC.

This will have an especially bad impact on those Western YRC Teamsters who had less than 25 years credit prior to July 2009, as the Western Fund will not allow early retirement for those with less than 25 years unless they earn 1,000 hours of credit in their last 24 months of employment.

These Teamsters have been led down a path of concessions, and never told that this path would lead them to have their already-earned pension credits taken away.

Hoffa came into office promising to “restore the power.” Instead he has consistently backpedaled, failed to organize, failed to protect the national contract or standards, and sold-out the pension fund to UPS management for his own political gain.

The loss of 44,000 UPS full-time Teamsters from the Central States Fund was the sell-out that put the Fund on the brink, and makes it harder for the fund to cut any slack to YRC Teamsters who have worked long and hard and earned a good pension.

Now many will not get that good pension, thanks to the sorry record of the Hoffa administration.

Will Hoffa fight to get this reversed? Will the IBT demand that YRC and Holland agree to allow recently retired workers to come back with their seniority, if their pensions have been stripped from them? We hope so.

As for Hoffa’s own pension, he will be able to retire with over a million in hand, paid by a special pension plan that is funded by members’ dues. 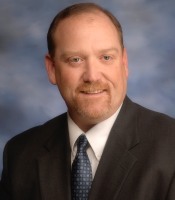 Hoffa Gets a Golden Parachute.
We Get the Rock Bottom Plan.

“Here’s the payoff Hoffa delivered for all the Teamsters at YRC and Holland—a reduced pension, and we have to work longer to get it.

“Teamster members have every right to be steaming mad. It’s time to get rid of Hoffa and vote him out.”