July 15, 2010: Teamsters at the University of Chicago are united and mobilized for a decent contract.

So why is their local trying to pull the plug on their contract campaign?

In February, the contract representing nearly 1,000 members of Teamsters Local 743 expired at the University of Chicago—and members were ready.

They talked to other Teamsters about contract demands, held rallies, and reached out to the community.

Then a new set of officers seized power in the local, fired their union rep, and pulled the plug on the campaign.

But members are not giving up.

“Before this contract, negotiations happened quietly. We usually didn’t hear any details until the union was ready to recommend an offer,” said Melanie Cloghessy, a Local 743 member at UofC. “They didn’t press hard. They usually just took what the university offered and then told us it was the best they could get.”

All that changed three years ago when members elected a reform team, the New Leadership Slate, to lead the union.

The New Leadership team cut officer salaries, put their reps out in the field, and stopped backroom deals.

They hired UoC Teamster Joe Sexauer as a union rep, and he helped members launch a grassroots contract campaign.

Members put up mini picket signs on their desks. They organized rallies and a big picnic with 300 people. They started to reach out to clergy and community supporters.

Members talked member-to-member about the need for job security, better raises, and expedited grievance procedure in the new contract.

Then in May of this year, the reform leaders were ousted from office in a power grab by staff who wanted to raise their salaries and avoid accountability to the membership.

The new officers fired Sexauer and four other reform-minded union staff—including the lead negotiator for the UofC contract.

But that didn’t stop Local 743 members at UofC—or Sexauer. He kept working with members to keep their contract campaign going.

“If the new officers think we’ll go back to those old days of backroom deals, they’re in for a big surprise,” said Cloghessy. “We won’t go back.”

This power grab might be short-lived. This fall, Local 743 Teamsters will get a chance to elect new reform officers to head their local. The 743 New Leadership Team has just announced a new reform team to run in the election. 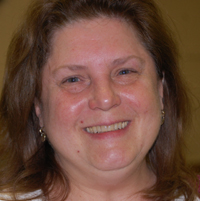 We Won’t Go Back

“The old guard just took what the university offered and then told us it was the best they could get.

“If the new officials think we’ll go back to those old days of backroom deals, they’re in for a big surprise.”