The Choice at UPS: Believe Hoffa-Hall or Believe in Yourself

UPSers showed the power of Teamster unity by Voting No against healthcare cuts and concessions and rejecting 18 contract supplements and riders.

Hoffa-Hall and management want UPS Teamsters to believe that it's impossible to win a better contract. Their strategy for settling the contract is delay. They are waiting for members' Vote No steam to blow off.

Nearly a month has passed since the unprecedented rejection of 18 supplements and riders, and there's still no sign of a union plan. No meetings of local officers. No meetings to take proposals from members. No rallying members to win more improvements.

Instead, Ken Hall signed a contract extension with UPS and promptly went into hiding.

The hide-and-delay strategy is designed to wear members down and convince us we can't win a better contract.

Will it work? That depends on the Teamster rank and file.

In February, Hall rallied with members across the country to tell UPS, "No Way, We Won't Pay." Members took his advice and voted against a contract that would make them pay more their healthcare.

The No Vote in most of the supplements shows members are ready to stand up for a better contract. The IBT should be building on that unity and momentum, not discouraging it.

The Vote No movement has already delayed healthcare cuts for 140,000 Teamster families which were scheduled to take effect Aug. 1.

Members deserve more. They want to stop the healthcare cuts and win improvements in our supplements.

Members are sending management the message that they'll Vote No Until UPS Gets It Right with petitions, stickers and leaflets.

They're holding organizing meetings to share strategies for keeping members informed, united and ready for the next contract vote.

The only thing that will make it happen is continued solidarity from the rank and file.

Are you ready to do your part? Click here to volunteer with TDU's Make UPS Deliver network. 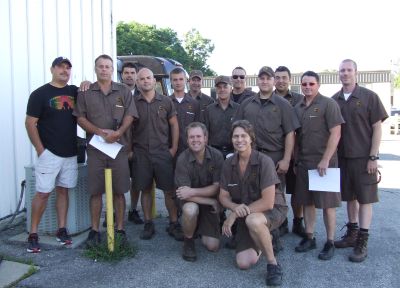 "We collected five sheets of petition signatures calling on Hoffa and Hall to help us make major improvements in the Central Region.

"We work far too hard to earn the profits for UPS to be asked to accept a non-stellar contract." 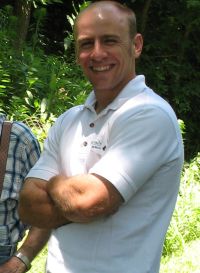 "The health insurance and pension are key concerns but we also need to deal with other issues in the Central Supplement. The 17i language – 'and other serious offenses' needs to be removed before we even consider voting YES on our supplement.

"I was skeptical of the petitions at first, but when the first Teamster I asked to sign replied, 'Hell yes, I'll sign that. I'm so glad that you're doing this!’ My spirits brightened. The mood of my fellow Teamsters was one that paralleled mine in that they were excited and ready to stand together for contract improvements." 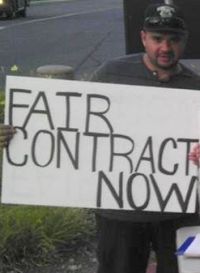 "My fellow UPS Teamsters, we are in round 2. Teamsters in Southern California and the Southwest are uniting to defend our healthcare, win more full-time jobs and other improvements in our supplement.

"We passed out flyers and got 110 signatures for the 'Vote No Until UPS Gets It Right' petition. It was inspiring to see many drivers and part-time employees support our cause and donate money to make more flyers and buy materials to make more signs. We are members of Teamsters Local 542 in San Diego and we are proud to be fighting for a fair contract. Solidarity!" 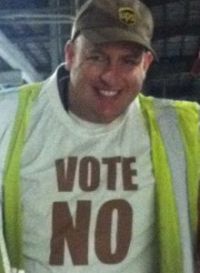 "In Philadelphia, we're fighting to maintain our level of health benefits and, in our Supplement, to win more full-time jobs, protect feeder work in our local, and get a stronger grievance procedure that gives us answers instead of the runaround.

"Since Voting No, we've held a contract rally at the Airport hub, circulated the petition and we're organizing a sticker day. Our local officials are trying to discourage the members. We're working to keep members involved and united."