January 3, 2011: In early December, a bill was introduced in Congress that will escalate the attack on public employee pensions.

This little-noticed bill is a shot fired at the pensions of millions of American families.

In early December a bill was introduced in Congress that will escalate the attack on public employee pensions.

The Teamsters Union represents 200,000 public workers and we need to respond.

The bill, sponsored by Representative Devin Nunes (R-Calif), would force states to report pension fund liabilities in the strictest possible way. A change in pension accounting may not seem significant, but the impact will be huge.

The legislation is even stricter than changes that helped undermine workers’ pensions in the private sector. States and municipalities who don’t comply would lose their ability to issue tax-exempt bonds. No city or state can function without issuing bonds.

This little-noticed bill is a shot fired at the pensions of millions of American families.

The Teamsters Union and the whole labor movement and our allies need to mount a campaign to defend workers’ pensions, including the 200,000 Teamsters who work for local and state governments.

The safety net of pensions earned for a lifetime of work is being shredded. Too many workers are being forced into 401(k) plans, and many of those took a beating when the stock market tanked in 2008.

The corporate attack on pensions almost certainly contributed to the severity of the Great Recession and the slowness of the recovery. More people over 60 are working, and fewer people under 60 can find jobs. People who lost pensions are not spending, and thus consumer demand continues to slump.

We need to defend the pensions of public service workers: the hard-working people who repair our roads, protect our public safety, pick up our trash, bring us safe drinking water and operate our schools, parks, jails, and transit systems.

And we need a movement to defend their pensions, and to win pensions for all working Americans. 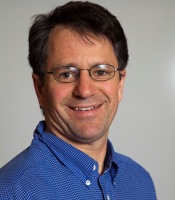 Time to Stand Up and Defend Good Pensions.

“Public employee pensions are next on the chopping block. The Teamsters Union needs to stand up and defend good pensions—in both the public and private sector.

“Under Hoffa, Teamster pensions are getting steamrolled. We need to stand up and defend our retirement security before it’s too late.” 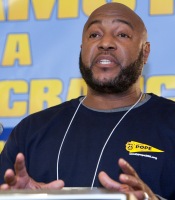 Hoffa Won’t Do It.
We Have To.

“Public employees have taken wage freezes and lousy contracts to protect our benefits. Now our pensions are under attack.

“There are more than 20,000 public employees in Local 237 alone. We’re the biggest local in the Teamsters. Hoffa has never stood up for us. We need to stand up for ourselves.”