FAQs: What the Pension Bill Means for You

UPDATED December 16, 2014: Get answers on the pension cut deal and what it means for you. 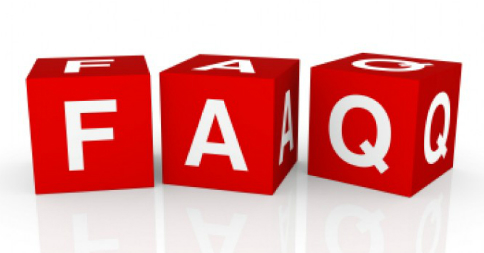 The ink is still drying on the pension cut deal that was attached in the dead of night to Congress's spending bill. Some questions can be answered now. We will update with new information as it becomes available.

Does this bill mandate pension cuts?

No. This bill permits “deeply troubled” pension plans, those which could become insolvent over the next 15-20 years, to cut already-earned pensions of retirees and active workers. These cuts will be up to the trustees of the pension fund; the trustees are 50% union officials, and 50% management reps. No cuts will go into effect immediately.

The Central States Fund states that "it is likely that it would take up to a year, before modifications [pension cuts] if any, take effect."

Could this affect other Teamsters, or just those in the Central States Pension Fund?

Most Teamster funds will be unaffected. The Western Conference Fund is in the “green zone.” Other large Teamster funds, such as New England, Local 705, Local 710, Local 804, Local 177, Joint Council 83, and most others will be unaffected, even if they are in the “red zone.” For example, Local 804 just won significant pension benefit increases in their recent contract.

Certain deeply troubled small Teamster funds may be affected. New York Local 707’s pension fund is nearly insolvent, as freight jobs dried up, and their biggest employer YRC got concessions to drastically cut their contributions to all pension funds. So we expect the Local 707 Fund to consider pension cuts.

While the cuts may only hit some Teamsters now, this attack on workers’ pensions could affect all Teamsters eventually – and we are all in this fight for pension justice.

How will it affect Teamsters in the Central States Fund?

The Director of the Fund, Thomas Nyhan, was a principal lobbying force for this bill, and has stated that CSPF will impose cuts on retirees and active Teamsters. The Trustees of the fund, who are 50% management and 50% Teamster officials politically aligned with Hoffa, support the bill and support cutting pensions. They will make the decisions – we will demand accountability.

Have Central States officials indicated how much they will cut?

In the past, Al Nelson, the Benefit Services Director of Central States, stated that a cut of about 30% would be what is needed.

But now the legislation has changed that. It requires that workers (so-called “orphans”) who retired from companies that went bankrupt (such as CF, Allied Systems, Preston, or Hostess, for example) be cut first and hardest.

This horrendous language is contained on page 81 of the pension legislation.

At this point, no one knows what the cuts will be, because we do not know how this legislation will be interpreted or applied. The next move will be by the Central States trustees.

The legislation also has protective language for some retirees: those over 80, those receiving only a disability pension, and to a partial degree, those who are 75-80.

How will this affect UPS retirees in the Central States Fund?

UPS bought enough influence in Congress to save an estimated $2 billion through a special interest loophole that shifts the company's cost burdens on to Teamster retirees who will face additional pension cuts as a result.

On pages 81-82 of the pension legislation there is a loophole dedicated to exactly one corporation, UPS. This loophole means that CSPF will probably not be able to cut the pensions of UPS workers who retired after January 1, 2008, because they are “Priority 3” in order of cuts (the best priority).

UPS retirees do not benefit one cent from this loophole because their pensions are already protected by the contract. Article 34, Section 1 of the current UPS master agreement, requires UPS to make up the full pension to UPSers if CSPF imposes cuts.

UPS's special interest loophole means the company won't have to make up for any pension cuts. As a result, all non-UPS retirees will face $2 billion more in pension cuts. Retirees are footing the bill so that UPS doesn't have to pay the obligations it agreed to in the contract.

It is not known if the "UPS Exemption" also covers UPS Teamsters who retired from Central States before January 1, 2008.  These Teamster retirees deserve to know their status and if they may face pension cuts.

Will Teamsters and retirees get a vote prior to any cuts?

A ‘fact sheet’ issued by the bills sponsors claims that workers and retirees will get a vote before cuts could be made. But this is no fair vote.

First, those in Central States can have their vote overruled, because it is a large fund and its failure could seriously impact the Pension Benefit Guaranty Corporation (PBGC).

To add insult to injury: a majority of all participants – not just voters – would be required for a No result.

Who gets to vote?

It is our understanding that all participants would get to vote: retirees and working Teamsters. Even if the vote can be overruled – as explained above – it can be a very important tool for us to organize and unite Teamsters and retirees, and we plan to use it.

If Central States makes these cuts, will the fund be secure?

Certainly slashing the benefits would improve the bottom line. But in the long run a pension plan needs contributing employers, and here is where the Hoffa administration has failed badly. They severely undermined the Fund by letting UPS pull out 45,000 participants, and they have not organized new companies into the fund. Central States set up a special “hybrid” kind of plan to allow new companies to join the fund with zero withdrawal liability. It was designed for organizing. But it has not been used for new companies. That has to change.

Will Hoffa and Central States officials have to take cuts?

Thomas Nyhan, the fund director, is paid $662,060, so he probably isn’t worried about any pension cut. Neither is Hoffa: he is in the lucrative Family Protection Plan, which covers only International officials and staff, and pays far more than a working Teamster could dream of collecting.

Central States has restrictive reemployment rules. Can we get those lifted?

If pensions as slashed, many Central States and other retirees will need to return to work, and we will demand that Central States revise its reemployment rules for anyone subject to pension cuts.

Can we file a suit and overturn this?

This law was passed by the US Congress. It is highly unlikely it would be found to violate the US Constitution, which does not guarantee anyone a pension. But, as reported on the national conference call by the attorneys, we will pursue all legal avenues to curtail damage done to retirees. Our effort will be on-going.

What’s next for fighting back?

We are moving forward with Campaign for Pension Justice which we invite you to join. We will continue to partner with allies to fight this law and to demand accountability from any Teamster plan that seeks to slash pensions.

What can we do to get rid of the Hoffa leadership?

We are starting now to build for a new leadership in 2016. We are fed up with Hoffa’s lies, excuses and cover-ups.  If you agree, join us to help make it happen.

The Pension Rights Center’s backgrounder on the pension-cut bill.