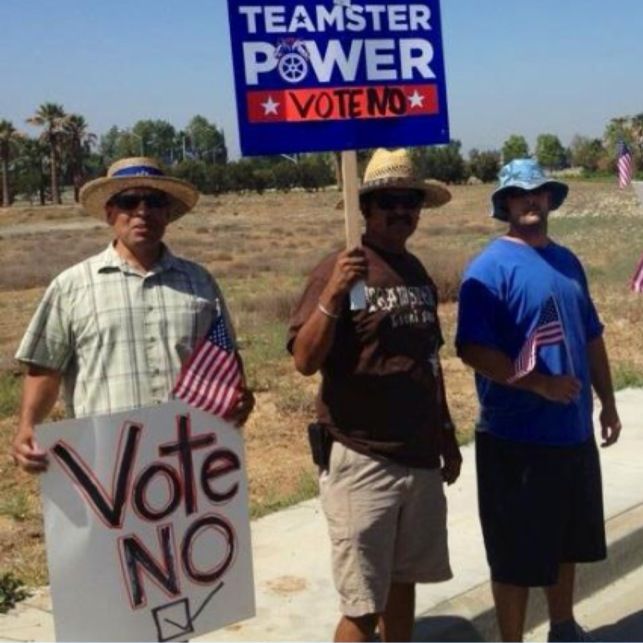 June 11, 2013: On June 2, Teamsters turned out in force to picket and demonstrate at the newly opened Sysco warehouse in Riverside, California. But they weren't on strike – they were protesting a sweetheart deal which undermines other Southern California contracts with Sysco and other grocery companies.

They made their voices and solidarity heard loud and strong, and they collected an initial kitty of $4,000 to continue the battle in court and at the NLRB, as well as in the street and the union halls.

The demonstrators, most of them Sysco drivers in Local 848, were calling for a fair vote on the pre-cut substandard deal which was made by San Diego Local 683 well before the new facility opened.

Drivers in Local 848 and warehouse workers in Local 630 will be transferring from the Los Angeles warehouse to the new Riverside facility, but a sneak-attack quick vote was held to approve the weak contract before they could get on board to reject it.

And reject it, they would. The rank and file are battling to save good Teamster standards, wages, and job protections, while Teamster officials like Joint Council 42 president Randy Cammack hide in their offices, saying nothing. The principal officer of Local 630 did venture out to the protest, to stand across the street, probably to spy on the concerned Teamsters.

The fight continues. The rank and file are united.

Click here for background on the struggle and why Teamsters are standing together.