Freight Teamsters: Time to Unite for the 2013 Contract

May 22, 2012: Freight Teamsters need to get organized into a national contract network before the upcoming negotiations, to defend what we have and improve what we can.

Freight Teamsters are starting to come together. It's no secret we've been on a rough road. Now is the time to get involved and put an end to concessions in our industry.

If we sit back, we'll continue to slide downhill. But we don't plan to sit back.

The National Master Freight Agreement (NMFA) expires on March 31, 2013, just ten months away. And the Hoffa administration is fond of giving the companies early bargaining, so you can expect negotiations to start later this year. 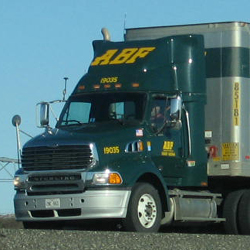 ABF is the lead dog in this bargaining round, because YRC has a concession addendum until 2015. But YRC Teamsters will be affected by this contract, too.

YRC wages are pegged at 85 percent of the contract wage, and so will go up (or even down) with the contract. YRC health benefits, working conditions and job protections (or lack thereof) are on the line, too.

The TDU Freight Committee is bringing Teamsters together to say No Concessions—period. ABF is coming after givebacks. Freight Teamsters need to make clear early on that we will Vote No and reject any contract that includes concessions.

When management sees that, we will get a reasonable settlement.

The pension issue at ABF is going to be a lot easier this time around, because changes adopted by the Central States Pension Fund dramatically reduced ABF’s future pension costs.

In 2011 the Central States Pension Fund changed its rules so that no new contribution increases are required for contracts in Class 18, including ABF.

In the last contract, ABF paid increased pension contributions of about $3 per hour into the Central States. This time you can expect increases of zero. That is what was negotiated in the national carhaul agreement, and amounts to a big savings in labor cost.

Of course there are other pension funds that will require increased contribution levels, but the majority of ABF Teamsters are in Central States.

There is persistent talk that ABF will again demand to pull out of Teamster pension plans. This is a company scare tactic—and a non-starter. Teamster members at ABF will never vote to accept a contract with a pension pullout.

When we make that clear, it will be pushed off the bargaining table just like it was the last time around.

No concessions. No pension theft. And no distractions from the ABF lawsuit. 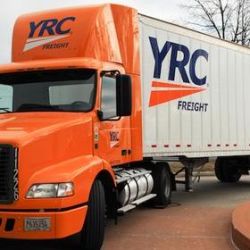 ABF and YRC Teamsters need to put any divisions aside and work together. In the short term, we've got to put a decisive end to the string of contract concessions in our industry.

In the long term, we've got to rebuild a strong national freight division.

Freight Teamsters and the TDU Freight Committee are planning local and national conference calls to launch a contract campaign to share information, defend our rights, and put forward contract proposals that can unite freight members.

Click here to contact TDU's Freight Network. Or call (313) 842-2600 or send an email to: freight [at] tdu.org with your questions or ideas, to sign up for contract updates and to get involved in the national freight