July 21, 2009: Last month’s National Grievance Committee meeting was the International Union’s opportunity to make UPS create all 20,000 full-time combo jobs that are required by Article 22.3 of the contract.

Instead, Hoffa and Parcel Division Director Ken Hall continued to let management have its way with eliminating the full-time jobs we won in the 1997 strike. The number of full-time positions lost in violation of Article 22.3 has reached the thousands.

UPS Teamsters across the country signed petitions calling on Hoffa and Hall to fight for the full-time jobs we’re owed by the contract by consolidating the violations into a national grievance. 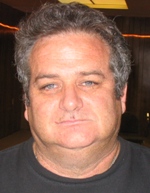 Instead, the International Union dealt with the violations on a case by case basis—and even then delivered no results.

The only Article 22.3 case settled at the panel went in management’s favor. That case (N-11-09) involved the Texas Full-Time Job Massacre where, in one blow, UPS eliminated more than 100 combo jobs at the Dallas-Ft. Worth airport.

Of the dozen other grievances on combo job elimination slated to be heard at the panel, one was withdrawn and 12 were postponed.

Management continues to claim that they are relocating combo jobs, not eliminating them—but they refuse to turn over documentation about where the jobs have been moved.

UPS was required by the contract to provide the International Union with the job description and location of every Article 22.3 position in the country. The International hasn’t shared this list with local unions and it has ignored calls by UPS Teamsters to conduct a nationwide audit to find and fill all of the missing full-time combo jobs.

“UPS is playing a big shell game, and the International has totally dropped the ball on holding the company to the contract,” said Dan Kane, a combo Teamster at Ontario Airport in Los Angeles, where UPS has eliminated 68 combo jobs.

“If our locals care about this issue, they’ll stop covering for Hoffa and start demanding contract enforcement,” said Kane. “We went on strike to win these jobs. We expect our union to defend them.”