January 10, 2009: Teamster pressmen are raising the alarm about a plan to outsource good union jobs at the San Francisco Chronicle.

In 2006, the Chronicle signed a 15-year, $1 billion deal to out source printing of their newspaper to Transcontinental, a large Canadian printer.

On July 1, the Chronicle will stop production at its San Francisco and Union City printing facilities. More than 200 Teamsters, members of GCC Local 4-N, will lose their jobs. Local 4-N is part of District Council 2 of the Teamsters Graphic Communications Conference.

Transcontinental will move production to a new printing facility in Fremont, Calif. The new pressroom will be nonunion.

Teamsters who want to move to the new facility can’t apply directly with Transcontinental—they’ve outsourced hiring to Manpower, Inc., the temporary agency and union-buster.

“I know of at least ten other pressmen who went for a group interview,” said Local 4-N member Tom Wibberley.

“Only two people got called back for a second interview. It seems pretty clear to me that Transcontinental and Manpower are trying to weed out potential union supporters.”

According to union reports, Transcontinental will pay new hires between $15 and $18 an hour. Senior pressmen at the Chronicle make between $28 and $31 an hour right now.

The Transcontinental facility will employ about 300 workers, and the company is already angling for other printing business in the Bay Area.

The new facility could print and deliver papers for morning delivery up to 100 miles away. That means pressmen are at risk as far away as Sacramento, Modesto, and Santa Rosa.

“The Chronicle wants to replace good jobs that help our community with throwaway jobs,” Wibberley said. “They’re out to bust our union. But they won’t get away with it without a fight.”

In December, a majority of Local 4-N members signed a petition that was sent to leaders of the GCC and the International Union, demanding action to push for card check neutrality at the new plant, and to help displaced Teamsters get new jobs at the facility.

GCC President George Tedeschi responded to the petition and promised his support to the pressmen.

The GCC already has one good example of what can be done: Quebecor, another Canadian printing company that tried to run nonunion in the U.S.

The GCC launched a massive corporate campaign. They leafleted the printers’ customers like Ikea and Victoria’s Secret.

The union and Jobs with Justice held a Workers’ Rights Board hearing that brought together community leaders and workers to expose conditions at the nonunion plants, and then took a delegation of workers and community supporters to Quebecor’s headquarters.

The GCC campaign at Quebecor won card-check neutrality, and now many Quebecor workers are Teamsters.

It’s time for our union to put that same strategy to work at Transcontinental. 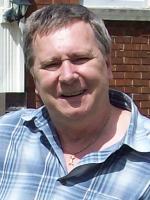 Don’t Let the Chronicle Throw Away Our Jobs
“The Chronicle wants to replace good union jobs that help our community with throwaway jobs.

“They’re out to bust our union. But they won’t get away with it without a fight.”