February 5, 2015: Teamsters in Southern California held a packed meeting to build a campaign to elect new International Union leaders. Next up: Columbus and Cleveland, Ohio on Feb. 21-22. 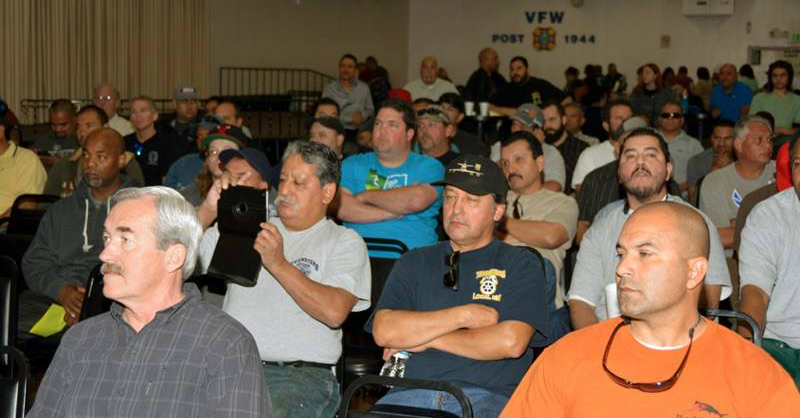 Teamsters in the Midwest have been hammered with contract concessions and the threat of pension cuts. Now members are coming together to organize for new leadership and a new direction for our union.

Members are holding meetings to gear up for the International Union election in Columbus and Cleveland, Ohio for the weekend of February 21-22.

This time, Sylvester, Zuckerman, Jones and other Teamster leaders are building a coalition effort that is uniting Teamsters, including former Hoffa supporters, in a united movement for change.

Freight, UPS and UPS Freight Teamsters are leading the effort in Ohio and are reaching out to Teamsters in other jurisdictions.

Retired Teamsters, concerned about the pension issue, are also getting involved. They want International Union leadership that will fight for retirement security. 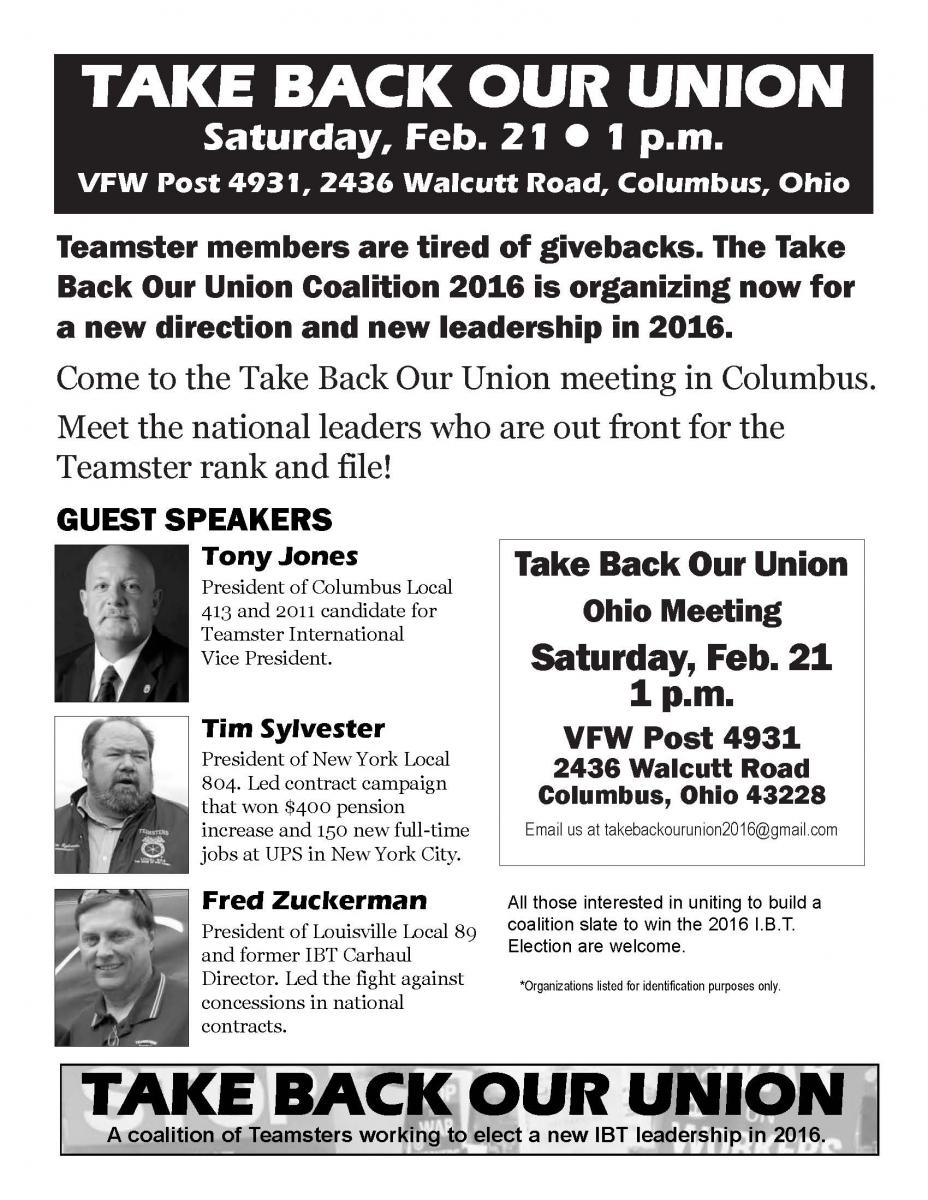 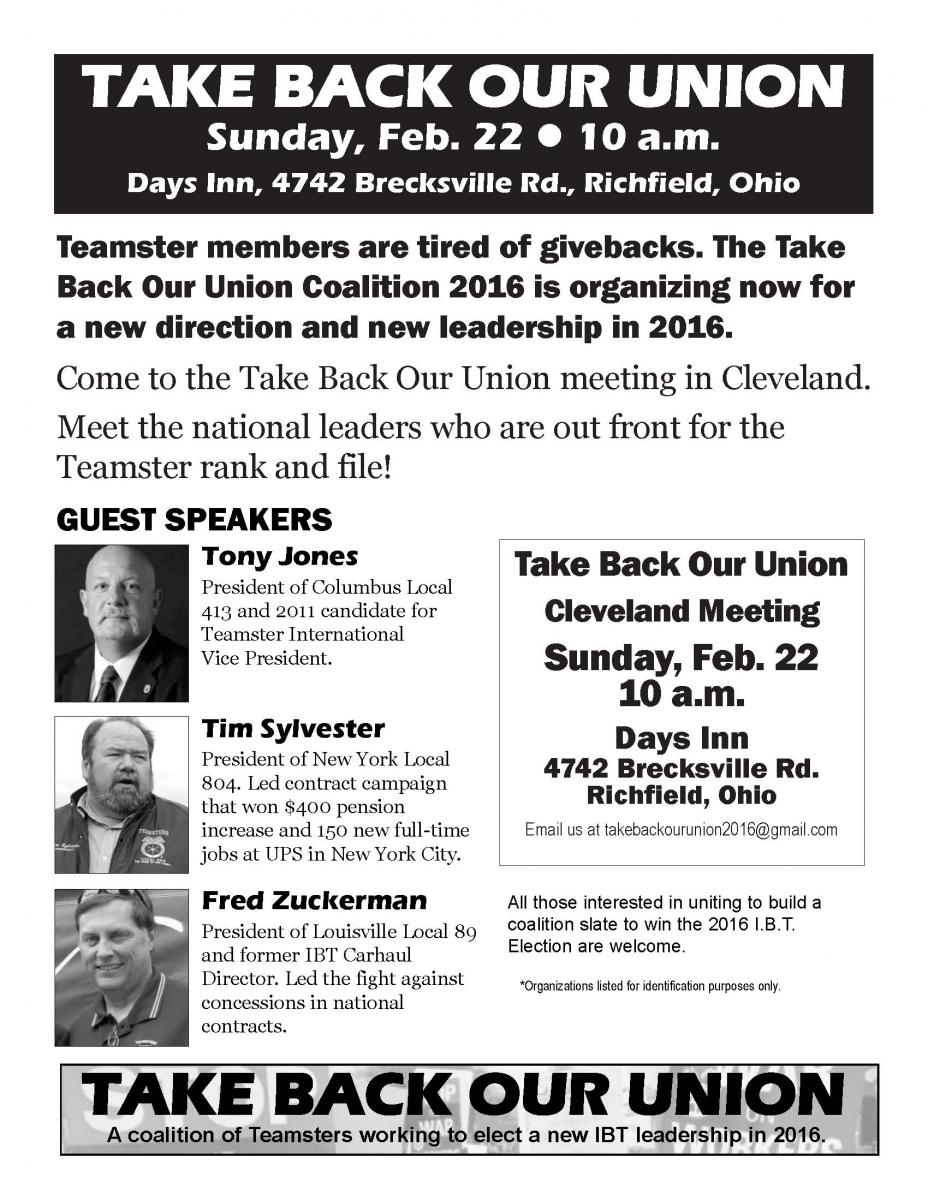 Opening the Door to Transform the Teamsters: A Pivotal TDU Convention

Teamster leaders and activists prepared to Get Out the Vote, elected new TDU leadership, and set our organization’s goals and strategy at the TDU Convention, October 1-3 in Chicago.

Today, UPS announced third quarter profits of $2.3 billion. The company has made a staggering $7.4 billion in profit after taxes in the first nine months this year, and is headed toward a record $10 billion in profits for the year.