Posted on September 24, 2014
September 25, 2014: Teamster membership loss is outpacing organizing efforts since Hoffa took office. A new report looks at Teamster organizing and what can be done to turn it around.
Teamster organizing dropped precipitously the first year that Hoffa took office—and with a few notable exceptions, it has slumped since.
Those are the findings of a new report by the Teamster Rank & File Education and Legal Defense Foundation (TRF).
To prepare the study, TRF reviewed all available organizing data from the National Labor Relations Board (NLRB) from 1999 when Hoffa took office through 2013, the most recent year for which data is available.
TRF also analyzed organizing results among public employees and airline workers who are not covered by the NLRB, as well as card-check agreements like UPS Freight.
Teamster membership dropped from 1.41 million in 1999 to 1.25 million in 2013—a loss of 160,000 members.
But even these numbers hide the full story because some 110,000 members were added by affiliations with four other unions: the BLET and the BMWE (two formerly independent rail unions), the Graphic Communications International Union and the Coalition of University Employees.
Without these mergers and affiliations, Teamster membership would be just 1.1 million today. In other words, the Teamsters has lost some 270,000 members since Hoffa took office.
Organizing Nose Dive
Teamster organizing numbers nosedived the year Hoffa took the wheel of our union.
Over 20,000 workers voted to join the Teamsters in NLRB elections in 1998. Hoffa took office the next year and new member organizing dropped by 30 percent.
Under Hoffa, new members organized in NLRB votes has never topped 14,000 in any year, let alone 20,000.
The high water mark for organizing in the Hoffa years was 2007-10, a four-year period in which 48,680 workers joined the Teamsters in NLRB votes—an average of 12,170 a year.
The organizing numbers have dropped every year since. Since 2011, the average number of workers voting to join the Teamsters in NLRB elections has dropped to just 5,827.
School Bus Drivers Successes
What drove up the Teamsters organizing numbers from 2007-2010?
The Driving Up Standards campaign—a coordinated national organizing effort aimed at organizing school bus drivers.
In 2007, school bus industry giant First Student, based in Britain, negotiated a “neutrality agreement” with the Service Employees International Union (SEIU) requiring management to stay neutral in union organizing drives.
Absent the usual anti-union management campaign, our union’s win rates in First Student organizing drives soared.
Twenty-five thousand school bus drivers joined the Teamsters from 2007-2010.
School bus drivers account for nearly two out of every three workers who joined the Teamsters in NLRB elections during the four-year span when Teamster organizing was on the rise.
Without the SEIU’s help, the Teamsters was unable to secure a neutrality agreement with another school bus giant Durham School Services. When First Student organizing targets started to dry up, so did membership growth.
Last year, the number of workers that voted to join the Teamsters in NLRB elections sunk to 4,733—an all-time low in the Hoffa years.
Organizing Outside the NLRB
The NLRB accounts for a lot, but not all, Teamster organizing.
The Union scored three significant organizing victories in the airline industry—America West customer service representatives in 2004 and United and Continental mechanics and ramp workers in 2008 and 2010. Some were nonunion; the United Mechanics were in the AMFA, an independent union, which the Teamsters displaced.
Just this month, the Communications Workers of America (CWA) and the IBT joined forces to successfully win representation of the customer agents at American Airlines, following the merger with US Air.
The IBT gained about 1,500 members. In all, some 24,000 airline and rail workers have joined the Teamsters in union elections conducted by the National Mediation Board.
Public sector workers also don’t vote in NLRB elections—but their organizing numbers have been even more modest than airline. The big exception is 2010 when the IBT says it organized over 16,000 public sector workers.
But that claim is misleading. It includes 12,000 employees at the University of California who became Teamsters when their union, CUE, affiliated with the IBT as the newlyformed Local 2010.
Organizing and Union Bargaining Power
Organizing new members is supposed to build our union’s bargaining power and help us win better contracts for all workers.
The Hoffa administration’s signature organizing drive of the past decade was supposed to do just this, at UPS Freight.
In 2006, Hoffa and Ken Hall cut a deal with UPS to bring UPS Freight workers into the Teamsters under a card check agreement that allowed workers to join the union without having to go through the NLRB.
Wherever the majority of workers signed union cards, UPS Freight recognized the union. It went easily. But there was a catch.
In exchange for card check at UPS Freight, Hoffa and Hall agreed to concessions in the 2007 UPS agreement. Then they inked a substandard contract with UPS Freight—with no Teamster pension, a first for a national trucking company.
Instead of organizing UPS Freight to strengthen Teamster contracts at UPS and in freight, Hoffa and Hall did something very different. They cut a deal that traded concessions in a coreindustry contract for the right to sign up 12,000 more dues-paying members.
Organizing for Change
Organizing isn’t easy—especially in a tough economy. Employers who won’t give workers a nickel routinely open their pocket books to hire highpriced union-busting consultants.
Throw in anti-union labor laws and a weak NLRB and any union has its work cut out for it when it comes to organizing.
But our union can and must do better. Here’s a few places to start:
If we want to protect and improve our contracts and benefits—and bring more workers into the middle class—we need to organize the nonunion competition, grow the union and build our bargaining power.
An analysis of the Hoffa record on organizing shows we are coming up short. It’s time for a new direction.
What are your ideas for boosting Teamster organizing. Send your idea  to organizing [at] tdu.org

Private sanitation is a growth industry—and as demand for a green economy expands, recycling is a growth industry too.
The Teamsters represent 30,000 members in the waste industry. But most private sanitation workers are nonunion.
The two top companies in the industry, Waste Management and Republic, are among the largest Teamster employers and control the majority of the waste and recycle industry.
Organizing drives in waste—and strategic campaigns to win strong sanitation contracts—can grow our union’s membership and strengthen our bargaining power in this core industry.
The IBT Organizing Department has scored some wins in waste. We need to build on this organizing and coordinate bargaining against these corporate giants. The goal can’t just be more members, but winning strong contracts that raise standards across the industry.

One area where our union has made a long-term strategic commitment is the Port Worker organizing campaign.
In a global economy, workers have leverage at key points in the logistics and distribution chain-trucking, warehousing and ports—but only if we’re organized. Port workers are at a critical chokepoint in that logistics chain.
As part of the Port Organizing campaign, the union has built alliances with environmental groups and community organizations. Because almost all port drivers are wrongly classified as independent contractors, organizing is a long term project that requires a political strategy as well as organizing.

One hundred thirteen Con-way workers at the Laredo Texas terminal voted to join Teamster Local 657 on Sept 11. It’s a first-time win for our union.
The same month, Southern California Joint Council 42 filed for organizing elections at three Con-way terminals, in Los Angeles, Santa Fe Springs, and San Fernando.
And, Philadelphia Local 107 filed for organizing elections at FedEx Freight.
Is this the start of movement to organize in freight and trucking? We hope so! It’s certainly a good first step, and it should spread. But there are serious challenges.
FedEx and Con-way are national trucking outfits and corporate giants. They will have nationally coordinated efforts to resist and discourage organizing—including trying to retaliate against terminals that vote for the union.
The IBT has to be fully prepared to support local union efforts. When Columbus Local 413 and other locals started organizing at Conway in 2011-12, the International dropped the ball.
This time around, as locals take the initiative, the IBT organizing department needs to be on call with ready resources and personnel. No local union’s resources can compare to the International Union. Local unions and freight workers are stepping up to take action. The IBT needs to get behind this movement and help drive it to victory. 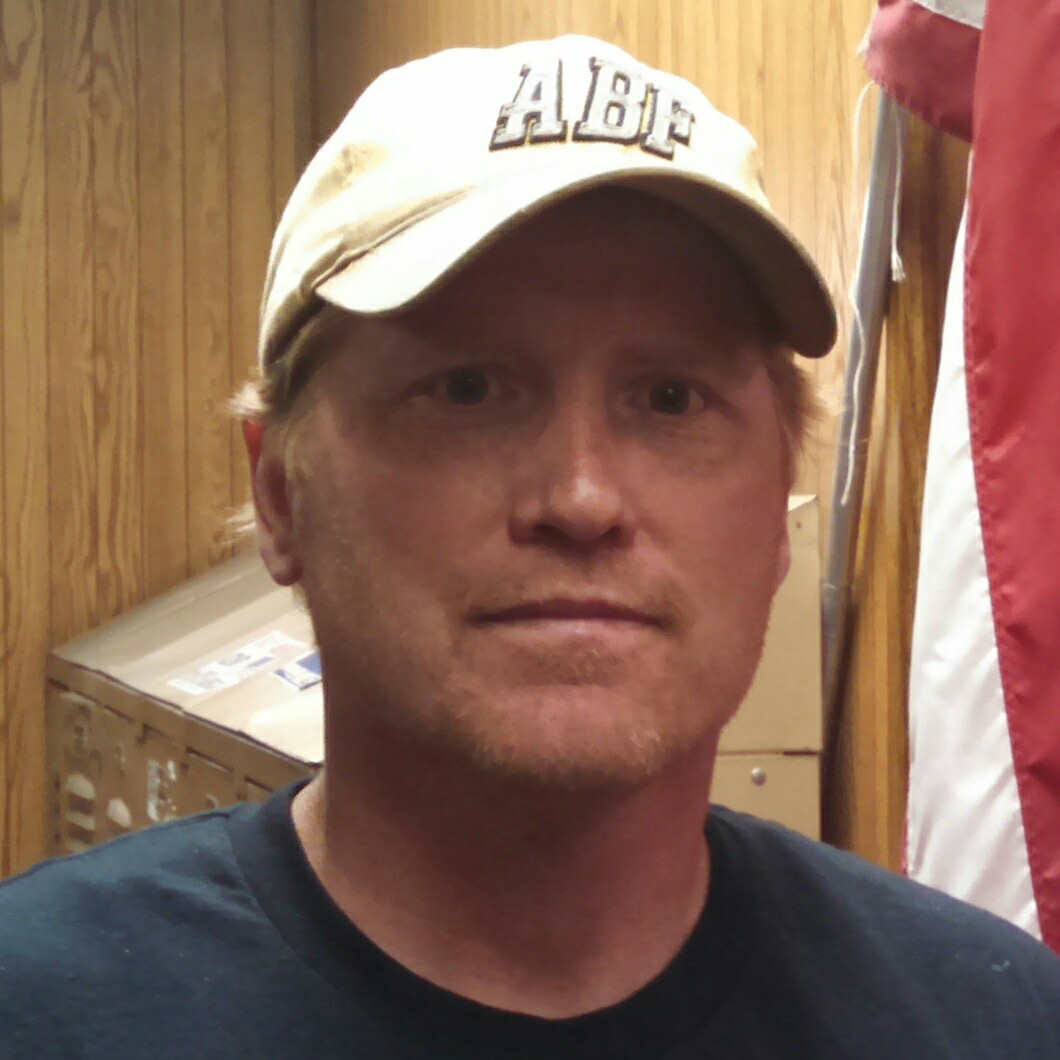 “It’s great that we’re finally making some gains in organizing FedEx Freight and Con-way. It’s a long time coming. But if we’re going to win on a wide scale, we need to shore up Teamster pride in freight. That starts with much better contract enforcement.”
Troy Justus, ABF
Local 413, Columbus, Ohio
news Hoffa Watch Teamster Voice 291 October-November 2014
Do you like this post?
Tweet
Get Advice Join TDU Donate

Teamsters at Hunts Point Market have voted overwhelmingly to approve a new contract. More than 1,400 Teamsters went on strike after management offered them a wage increase of just 30 cents. As a result of the strike, workers are now going home with annual raises of 70 cents, 50 cents, and 65 cents and additional paid time off in a three-year contract that protects their healthcare benefits. TDU salutes Local 202 members on their courageous and...
View More News Posts