Pumping Life Back Into Our Union

Union meetings in Providence Local 251 don't usually create much of a buzz. Like many locals, Local 251 membership meetings tend to be routine.

But a recent Local 251 membership meeting was anything but routine. While the regulars took their seats, more than 100 Teamsters from Rhode Island Hospital rallied across the street and marched into the membership meeting together.

"We wanted to send a message that we're Teamsters, we're part of this union and we're not going to be ignored anymore," said Nick Williams, a hospital employee who helped organize the delegation.

Apparently the message got through. "The next day, our Union President was down at the Hospital. We've seen a lot more of our business agents lately," Williams said.

Williams is one of a growing number of Local 251 members at Rhode Island Hospital who are joining Teamsters for a Democratic Union and uniting for stronger union representation.

‘Pumping Life Into Our Union’

Rhode Island Hospital employs more than 2,500 Teamster members. "We're the biggest group of members in our local by far, but we're treated like second-class Teamsters," said Matthew Martins, an electrician at the hospital. "We're joining TDU to get the support and education we need to enforce our rights and get taken seriously."

"Teamsters at Rhode Island Hospital help save lives every day. Now we're pumping life back into our own union,” Martins said.

The new TDU members include members of the original organizing committee that brought the Teamsters to Rhode Island Hospital, like Paul Santos.

"We organized with the Teamsters because we wanted a voice on the job. But our last contract was negotiated completely behind our backs," said Santos. "We didn't even find out that a new contract was being negotiated until management sent around a memo announcing the new deal."

The Teamsters is the biggest union at the hospital but the Local 251 contract offers fewer protections than other union members get.

When management eliminated contributions to employees' retirement plan, the nurses union at the hospital, UNAP, filed a grievance and made the Hospital restore some of the cuts. But the Local 251 contract had weaker protections and members came away empty-handed.

"Stronger contract language would have meant more money for our retirement, it's that simple," said electrician Tony Medeiros.

In some cases, even nonunion employees have stronger rights than Teamsters do. For example, the corporate policy allows Hospital employees to work with family members as long as they are not directly supervised by a relative.

But Local 251 President Kevin Reddy signed a secret side letter that bans Teamsters from working in the same department as a relative.

"I was blocked from working in the warehouse for no other reason than I have a relative who works in the same department; he doesn't even work on the same shift!" said Derek Dutra. "I'm a Teamster and a returning veteran and a nonunion employee has more rights than I do. How does that make any sense?"

Under the Teamster Constitution, members have a right to vote by secret ballot on their contract and on any midterm changes or side letters which modify the contract. But that hasn't stopped Local 251 officials.

"I'm proud to be a Teamster," said Paul Santos. "If you don't like how things are going, you can't just complain. You've got to get involved and make it better."

Santos and other Teamsters at the hospital found out about TDU online. Since then, they've started holding regular TDU meetings, including a workshop on Strategic Grievance handling.

They've teamed up with a rank-and-file caucus called 251 United Action and started meeting with UPS and freight Teamsters to learn about each other's issues and organize for a stronger Local 251.

Hospital Teamsters came to UPS to help with a petition drive and the contract campaign. UPSers have helped Teamsters at the Hospital file grievances.

They're planning a picnic for Local 251 members in August.

"A strong union starts with active and united members," said Matt Maini, a UPS Teamster who's active in 251 United Action and TDU.

"It's great to see members getting involved," said Jim Jacob, a retired freight Teamster and TDU volunteer. "Getting informed about your rights. Standing up for other members when they've got a problem. That's what being a Teamster is all about." 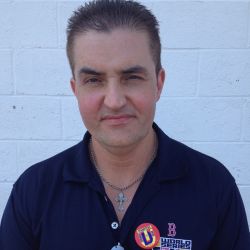 "I'm proud to be a Teamster. If you don't like how things are going, you can't just complain. You've got to get involved and make it better." 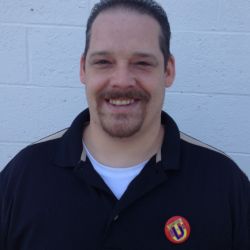 "We wanted to send a message that we're Teamsters, we're part of this union and we're not going to be ignored anymore."
Nick Williams, Local 251
Unit Assistant , Rhode Island Hospital
news Local Union Reform Teamster Voice 280 July-August 2012
Do you like this post?
Tweet
Get Advice Join TDU Donate