Are you satisfied with the direction our union is headed in? Teamsters are uniting across our union to change course and rebuild Teamster Power in 2010. 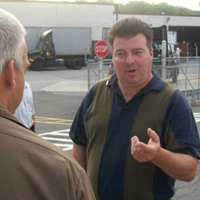 “UPS Teamsters in Local 804 have been busy rebuilding Teamster Power. First, we voted down a weak contract, reversed pension cuts and saved 25 & Out. And last month, we elected a new leadership team.

“We won these victories because of the courage and commitment of Local 804 Teamsters. But none of it would have happened without TDU.

“TDU gave us information about our contracts and benefits that we couldn’t get from our own union. TDU helped us learn successful tactics for standing up to management and organizing for change.

“TDU gives Teamster members the tools we need to rebuild union power. That’s why I’ve been a proud TDU member for more than 20 years.

“If you want a stronger Teamsters Union, get informed and get involved. And join TDU today.” 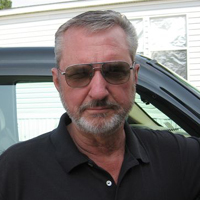 “YRC Teamsters have taken a 15 percent pay cut and pension freeze. The company has us running routes over each other. The union should be organizing us to stick together—but our leaders are asleep at the wheel.

“In Memphis, we’re meeting to bring together Teamsters who see the problems facing our union and want to change it. 2010 is the year to get active and rebuild our union.”

Don’t Be in the Dark 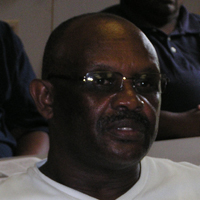 “You can’t beat the information on what’s going in our union that we get in Teamster Voice.

“In the South, our locals are spread out and many of them keep their members in the dark. Teamster Voice keeps us informed and helps educate younger workers on how our union works and how to organize.

“I’ve been getting out my bundle to other UPS workers whenever I can for over two years now. It’s a great tool to talk with other Teamsters.”