August 9, 2013: UPS Teamsters have shown they have more fight than Hoffa-Hall and the International Union when it comes to taking on concessions.

After voting down 18 supplements, members are continuing to organize to rebuild union power at UPS. 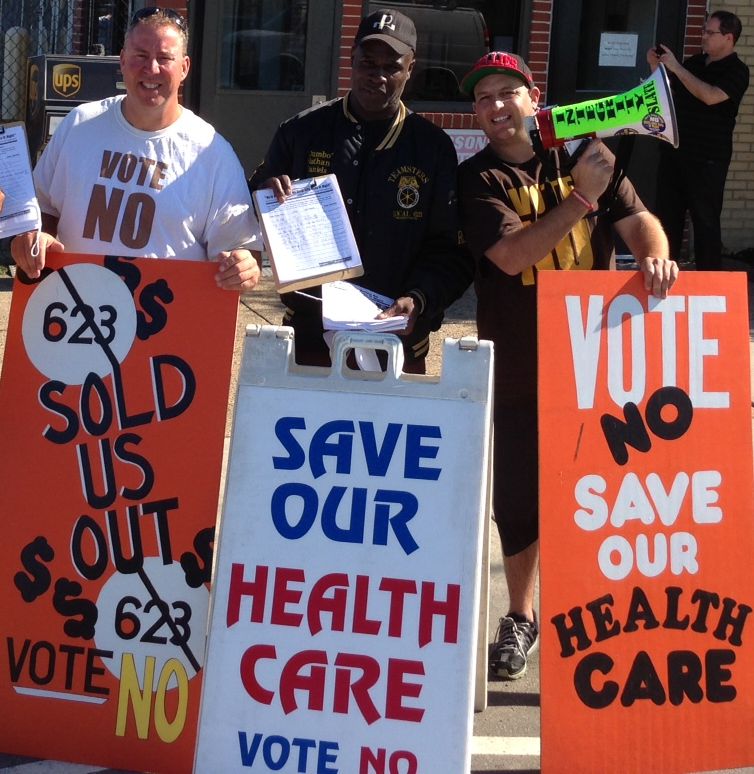 Philadelphia: Taking on UPS. Taking Back Their Local.

After rejecting their supplement 756 to 227, Philadelphia Local 623 launched a petition drive to defend their healthcare and win improvements in their supplement, including more full-time 22.3 jobs, language to protect the local’s feeder runs, and a stronger grievance procedure. And they're not stopping there.

Bobby Curry (far right), a leader in the Vote No Movement, is heading up the Integrity Slate a reform team running for local union office.

"Members want union leaders that will stand up to UPS. We're tired of being disrespected by this company and by our own union officials," Curry said. 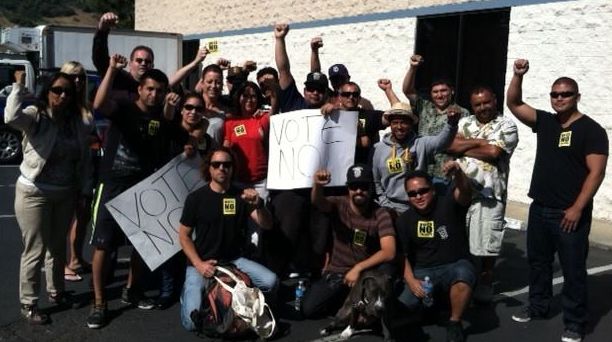 Teamsters in San Diego say NO to givebacks and YES to getting involved in their union. Local 542 members formed a TDU Committee and are leafleting, holding parking lot rallies, and distributing "Vote No Until UPS Gets it Right" stickers and petitions. A Southern California Organizing meeting will be held on August 25. 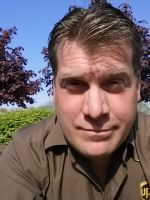 By Voting No and standing united, UPSers in Upstate NY have gotten the company to pull some concessions off the table. Language that would have allowed four 10-hour day schedules in the feeder department and imposed new restrictions on leaves of absences and job bidding rights have been struck from the contract.

"The language on four 10-hour days and restricting bidding rights should've never been in there in the first place. We still have serious concerns about our pension plan and cuts to retiree healthcare. Members are joining TDU and we're holding our first meeting to work together to protect our rights and benefits." 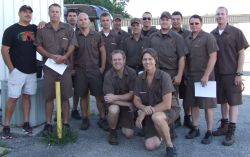 Central Region Teamsters came into contract negotiations with clear, achievable goals for improving their supplement, including eliminating the dreaded 17(i) catch-all loophole that lets management fire Teamsters for "other serious offenses." UPS Teamsters in Indiana, Iowa and Ohio are holding TDU meetings and organizing against concessions in St. Louis, Michigan, Kentucky and beyond.

"We collected petition signatures calling on Hoffa and Hall to help us make major improvements in the Central Region. We work far too hard to earn the profits for UPS to be asked to accept a non-stellar contract." 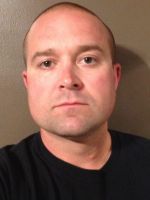 Getting Organized in Pittsburgh and Western Pennsylvania

"UPSers in Western Pennsylvania came together to vote down our Supplement. Now we're getting even more organized. We've held our first TDU meeting. If we want to be able to stand up to UPS, we've got to get more members informed, involved and united."

Click here to help with the Vote No petition drive, order stickers, and volunteer to help win a better contract.

UPS Teamsters at the TDU Convention

UPS Teamsters from across the country will meet at the TDU Convention in Chicago, Nov. 1-3 to share strategies for rebuilding Teamster Power and putting new leadership in the IBT.

The Convention features workshops on effective grievance handling, organizing around health and safety, taking on contract violations and production harassment, and more.

A special UPS National Meeting will be held on Sunday morning. Meet activists in the Vote No movement, shop stewards, and local union officers. 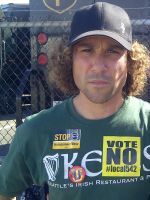 "During contract negotiations, I turned to TDU for answers. TDU helped me get organized with other UPS Teamsters to spread our Vote No movement. I'm going to my first TDU Convention to become a more empowered, active Teamster."