The Anyone But Hoffa Slate just swept the Local 320 delegate election.

We asked elected Teamster Convention Delegate Erik Jensen about the attacks on public sector Teamsters and what our union can do to meet the challenge.

Q: What are the challenges that public sector workers in Minnesota are facing?

Erik Jensen: Our governor has said he will veto any Wisconsin-style legislation, but we still are facing calls to slash the public sector.

In the 1990s, when the economy was booming, the state cut the taxes on the highest income people. Now we have a budget deficit.

Our other problem is that private sector unions are so much weaker, including our own Teamsters Union. Fewer and fewer voters are in unions. So it becomes easier for politicians to target us.

Here in Minnesota, we get a defined-benefit pension. But it’s pretty modest. And we pay half the contribution.

Corporate America has been working for years to convince the general public that public employees get much better wages and benefits than we actually do. It’s not true, but that hasn’t stopped them.

EJ: Our local leaders are taking a very inside strategy, working their relationship with the governor.

Our Joint Council lobbyist is also getting a paycheck from the governor. That’s a conflict of interest! We need someone who can speak up when we don’t agree with what the governor is doing.

We need more than just an inside strategy. Look at Wisconsin. That did more than all the lobbying in the last 12 years to win public support for state workers.

Q: What about Hoffa?

Their money isn’t going to help members organize to fight these attacks. It’s going to multiple salaries for officials.

Q: What should the IBT be doing to defend good jobs and benefits in the public sector?

EJ: First of all, we need to strengthen the private sector. We can’t survive on our own.

Second, we need to be willing to criticize the politicians that we endorse, and work to hold them accountable. Right now we’re just writing them a blank check.

And finally, we need to win back public support. A lot of times when we’re bargaining, we’re just talking inside baseball. Wisconsin shows that the public still does support basic fairness for public workers.

Q: Your team, the Anyone But Hoffa slate, just won your delegate race. Why did you win?

EJ: The fundamental issue for us was multiple salaries for officials.

Our members are taking mandatory furloughs, benefit cuts, and wage freezes almost everywhere. But the head of our local union is pulling down three salaries. She made over $200,000 last year.

The same with Hoffa. Our members were really angry when they saw what he took home. They were ready to look at someone new. They want to have an election. 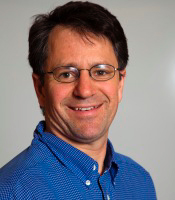 “But the head of our local is pulling down three salaries.

“Our members were angry when they saw what she and Hoffa were taking home. They are ready to look at someone new. They want to have an election.”