January 8, 2015: Hoffa administration VP Rome Aloise told Teamsters to cross the picket line. But Waste Management workers won a strike that will raise their pay from $12.50 to $20 an hour. 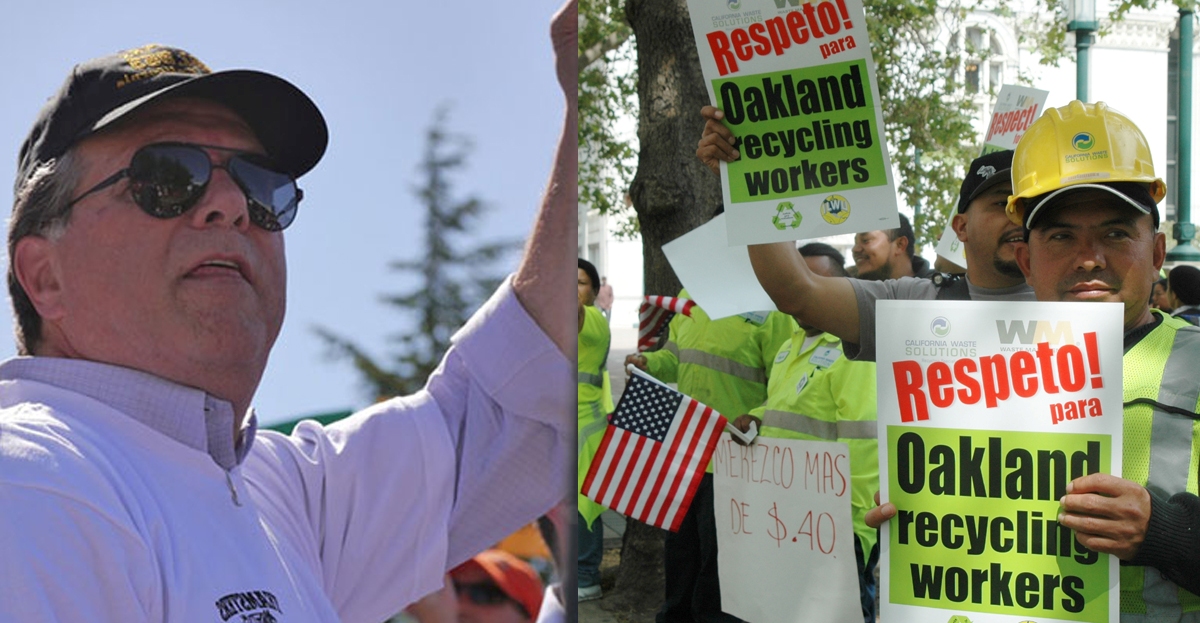 When Waste Management supervisors ordered a group of  recycling workers to go home and lose a day’s pay in retaliation for organizing for a fair contract, the entire workforce walked out in solidarity.

The walkout was authorized as an unfair labor practice strike by Local 6 of the International Longshore Workers Union (ILWU).

Unions, community groups, and clergy rallied around the striking workers.

But Rome Aloise, the president of Teamster Joint Council 7 and an   International Union Vice President, refused to sanction the strike. Local 70 officials waved Teamster drivers through the picket lines.

Aloise, who made $322,838 last year from three Teamster salaries, denounced the recycling workers’ wage and benefit demands. He told the press that the strike was unrealistic and called the workers “pawns” of their union leadership.

Teamster Local 70 officials issued a statement saying it would be “crazy” to ask drivers to honor the pickets.

“The slogan and campaign that has been developed is based on a promise that cannot be met and is designed to create false hope for the workers,” Aloise said in a letter to the Alameda Central Labor Council,

Teamster drivers saw it differently. Some bought lunch for the strikers. Others called out sick.

Backed by support from the community and the rest of organized labor, the Waste Management strikers held firm—and won.

Before the strike, a typical Waste Management recycling worker was paid $12.50 an hour. Under the new contract, workers won major annual raises and will make $20.94 in 2019, along with affordable family health benefits.

So much for "false hope" and other Aloise excuses for strike-breaking.

Waste Management is one of the largest Teamster employers.

We need International Union officials who will fight for good contracts, not side with the corporation.