Taking on the Nonunion Competition

January 24, 2011: Sandy Pope speaks out on mud slinging by the Hoffa Campaign and what it will take to organize the nonunion competition.

Question: The Hoffa Campaign says Local 805 is losing money and that you can’t be trusted with our union’s finances. 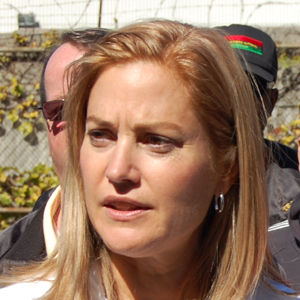 Local 805 has a strong financial foundation. We’ve put our reserves to work taking on the nonunion competition.

The Hoffa Campaign has made a big deal of attacking Local 805 because we have less money in the bank. I will never apologize for putting members’ dues money to work protecting their jobs and their contracts.

Q: How does one local take on the nonunion competition?

It’s tough. The lack of leadership and support from the IBT on organizing is a big reason I’m running for General President. Most local unions don’t have the resources or the reach to succeed on their own.

At Local 805, we’ve still made organizing a priority. I cut my salary. I make $40,000 less than the Local 805 President did more than ten years ago. We hired full-time organizing staff and launched campaigns to take on the nonunion competition.

We’ve organized around a dozen companies—and taken on major targets like FreshDirect, a grocery warehouse that employs more than a 1,000 nonunion workers in the heart of New York City.

When nonunion companies have threatened to take our work, we’ve leafleted customers and protected Teamster jobs.

We even took on Mayor Bloomberg when he tried to kill union jobs by shutting down the Brooklyn Piers. We teamed up with community groups—and took to the streets.

People told me I was crazy. They said you can’t beat City Hall. We proved them wrong.

Not many unions have even dared to take on Mayor Bloomberg. We did and we won. Teamsters are working on those piers today because we took on that fight.

Q: The Hoffa Campaign says your local has lost membership....

A few. Since I’ve been President, the local’s membership has been steady at around 1,200 members. I have never had a company decertify. But we have lost members when electronics companies and tobacco distributors have closed.

Under Hoffa, our International Union has lost a quarter of a million members—and added 140,000 through mergers.

I’m not interested in finger-pointing. We need less of that—and more organizing. The biggest threat to our union’s membership is the nonunion competition.

Q: What can the International Union do differently to boost Teamster organizing?

First, we’ve got to make it a priority. The International Union needs long-term, nationally coordinated campaigns to target the nonunion competition in our core industries—including freight and FedEx.

The concessions we’re seeing, especially in freight but in other industries too, they are the direct result of a decade of failure to make organizing in our core industries a priority.

As an International Union representative, I negotiated a neutrality agreement with the biggest nonunion grocery company in the Northeast, C&S.

We protected thousands of grocery workers under good contracts and good Teamster benefits. Hoffa let that agreement expire. Now C&S is eliminating Teamster warehouse distribution jobs up and down the East Coast.

If we’re going to protect our contracts, our jobs and our benefits, we’ve got to get serious about organizing.

Q: What about organizing at the local union level?

As General President, I will expand funding to local unions to help finance strategic campaigns to organize the nonunion competition at the local union level.

That goes for any local. We’ve got to take the politics out of this. If you’ve got a plan to organize the nonunion competition, you’ll get resources to help you do it.

We’ve got to get smarter and more aggressive—and we’ve got to work together. I want to bring local unions together who operate in the same market to organize the nonunion competitors that are undercutting us.

Local unions in the Northeast have started to coordinate on our own to take on nonunion warehouse distribution employers. But local unions can’t be abandoned to do this by ourselves. We need backing and resources from the International Union.