April 2, 2014: TDU members across the country have hit the ground running in 2014, holding seminars, organizing to defend pensions, and holding education conferences to inform members and build the reform movement. 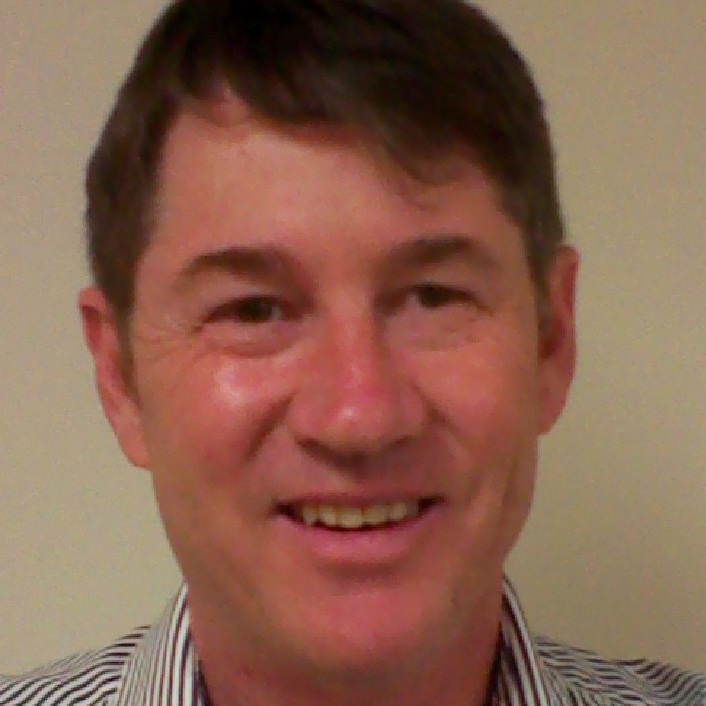 Paul Taylor, lead attorney for the Truckers Justice Center and author of a book on the Surface Transportation Assistance Act (STAA), spoke to a packed house in the St. Louis area on February 15.

UPS feeder drivers, UPS Freight and YRC road drivers and other Teamsters heard Taylor lay out issues regarding truck safety and their impact on drivers.

Taylor raised a number of safety scenarios and provided explanations of how the STAA does or does not address these concerns. 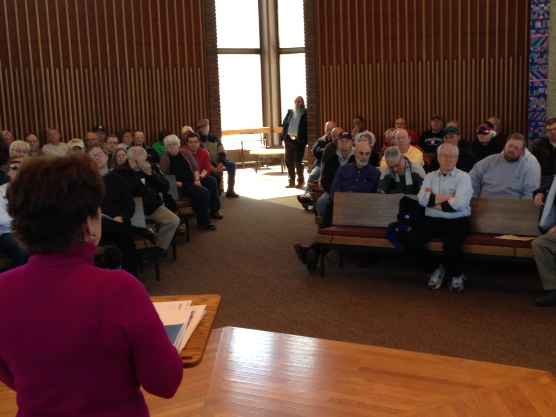 Over 80 retired and active Teamsters filled the chapel at Macalester College in St. Paul, Minnesota to learn about the move afoot in Congress to weaken pension protections, and what is being done to stop it.

The meeting was organized by TDU and a committee of Twin Cities Teamsters who are organizing to defend their retirement security. The committee hosted Ann Curry Thompson, a pension rights attorney, and Pete Landon from TDU.

Teamsters and spouses attending the meeting signed a petition opposing any cuts to pensions. Volunteers from Locals 120, 638 and 1145 joined the Twin Cities Pension Action Committee. They are planning further outreach to local meetings, retiree clubs and meetings, and visits to local congressional offices. 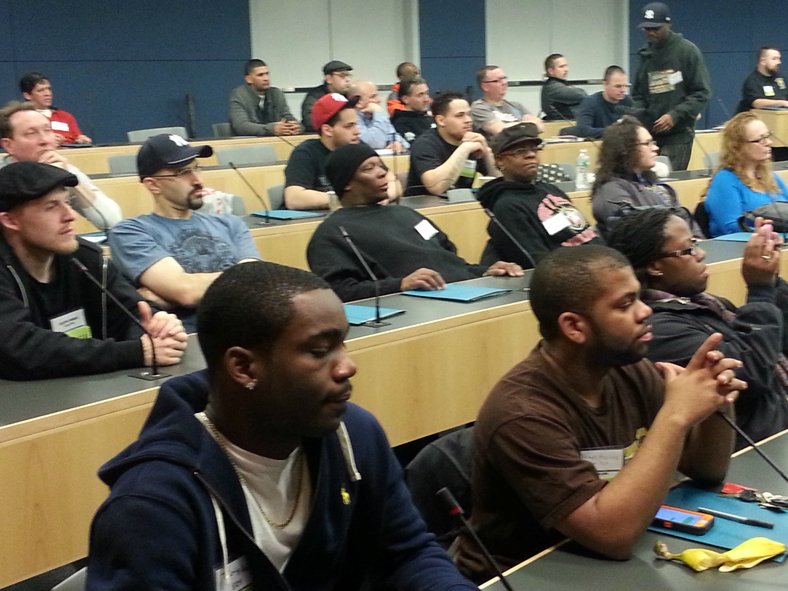 More than 150 Teamsters turned out for a Teamster Power Conference organized by the New York Chapter of TDU.

Workshops included: Beating the Boss in Disciplinary Cases, How to Think Like an Arbitrator, Dealing with Difficult Supervisors, How to Win Your Case at a UPS Grievance Panel, and Labor Law and Union Rights.

The conference drew Teamsters from over a dozen locals in New York, New Jersey, Pennsylvania, and Rhode Island.

Next up for NY TDU...a bowling tournament on Sat, May 3. Raffle prizes include a big-screen TV, Yankee tickets, and Visa gift cards. For more information, contact NY TDU at 718-287-3283 or email nytdu [at] tdu.org