Teamsters Stand Up to Fight for $15

May 20, 2015: Tens of thousands of workers and supporters in 120 cities rallied, protested, and went on strike on April 15, including Wal-Mart employees, fast-food workers, homecare workers, and others. 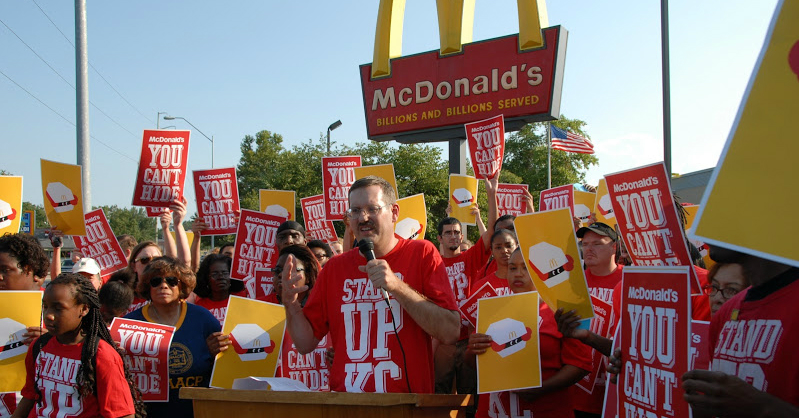 Teamster members are joining the growing movement to raise the minimum wage and win union rights for all workers.

“In recent years, we’ve organized a coalition of unions, Jobs With Justice, community and faith groups, that’s fighting for economic justice and taking on corporate tax-cheaters,” said Michael Savwoir, a retired member of Local 41 and TDU Co-Chair.
“This coalition helped us bring out more than 1,000 on the April 15 day of action and we’re getting city officials on board to win $15 an hour.” 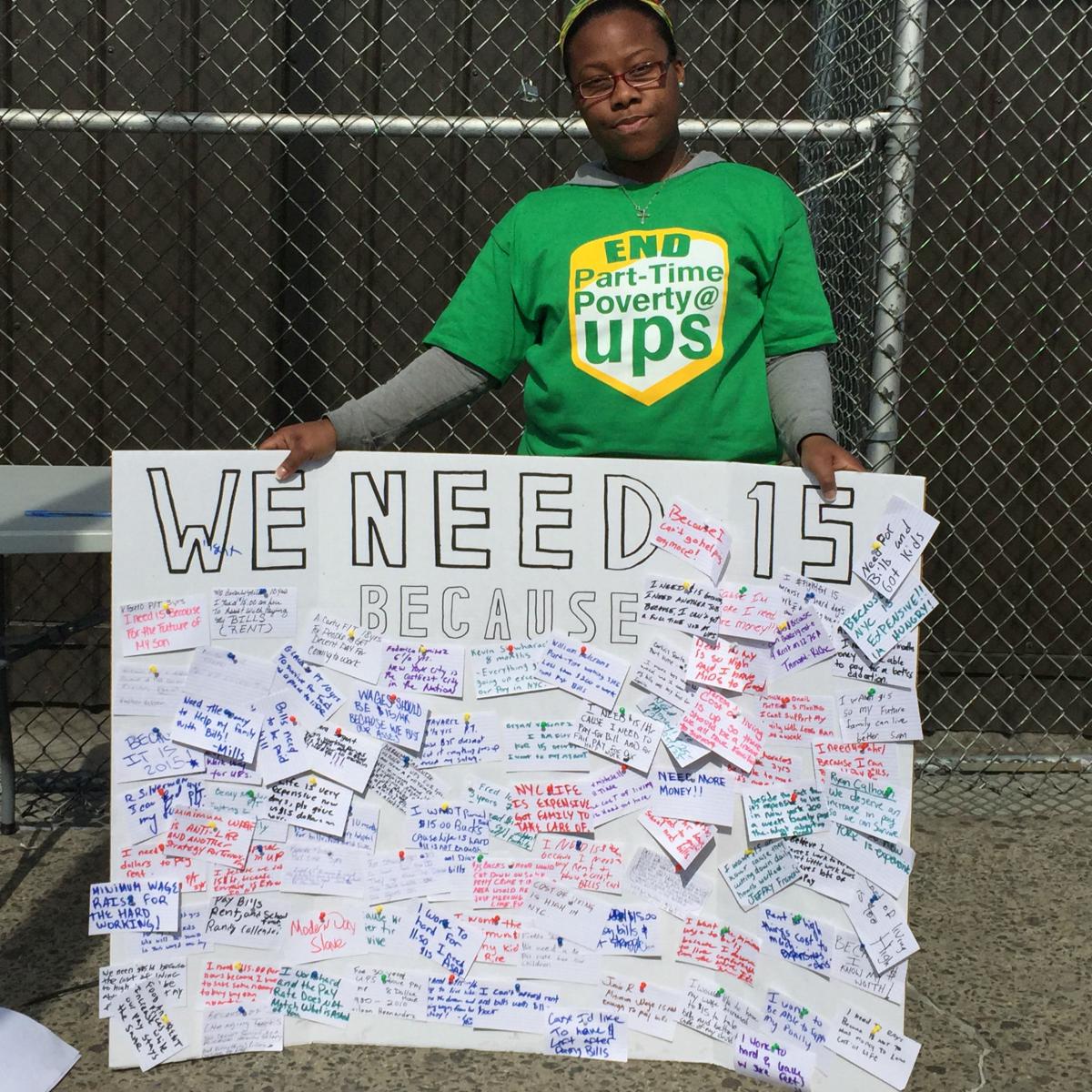 In New York City, members of Local 804 joined the Fight for $15 with rallies at UPS buildings throughout the city. Political leaders joined UPS Teamsters, part-time and fulltime, to say it's time to “Raise the Wage.”
“I joined the fight so the future of our children is a thriving and secure one,” said Kioma Forero, a Local 804 steward and TDU International Steering Committee member, who helped organized the rallies at UPS. 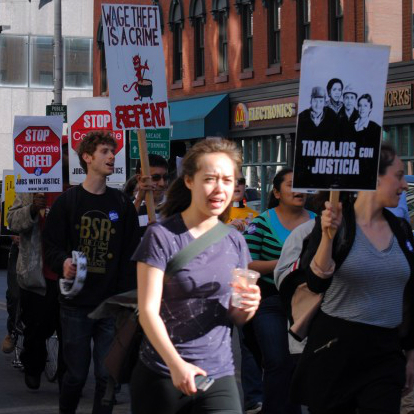 “Working at Rhode Island Hospital, I know what it’s like to work for a multi-billion dollar company that pays some of its workers poverty wages,” says Brooke Reeves, a member of Local 251 and the TDU International Steering Committee.
“The April 15 march was a lot bigger than I expected, and very inspirational. We marched throughout the city and rallied in front of restaurants that are stealing wages and paying workers less than the minimum wage.”
news Labor Movement Teamster Voice 293 Summer 2015
Do you like this post?
Tweet
Get Advice Join TDU Donate