Teamsters Uniting to Turn Our Union Around

Are you concerned about the direction our union is headed in 2009? You’re not alone.

Teamsters across our union are concerned and angry about pension cuts, givebacks, and Teamster leaders who are missing in action.

Let’s make 2009 our year to set our union on a positive course. You can help. Here’s how:

Join Teamsters for a Democratic Union. We’re a grassroots group made up of members like you. Click here to join and become a part of our movement.

Get the word out. Convoy can help you keep members informed about what's going on in our union. Click here to get a bundle of each issue, or call TDU at (313) 842-2600.

Set up a TDU meeting. Get together with a TDU organizer and members in your area to talk about what we can do strengthen our union. Click here to contact TDU about meetings in your area. 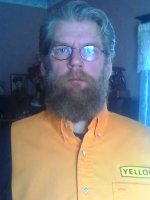 Time to Get Organized in Freight
“Freight Teamsters have seen nothing but decline in our wages and working conditions over the past 25 years. 2009 could mean more of the same if we don’t turn this union around.

“Let’s use this crisis as an opportunity to fight for what we deserve. It’s time to stop belly aching and get organized. Call TDU and set up a meeting in your area. That’s what I plan to do.” 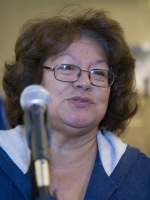 We’re Turning Our Local Around
“We used to have officials who kept us in the dark. Now our members are out on the front lines, taking on management and winning stronger contracts.

“I’m proud to be getting involved in turning my local around. Our members have made enormous progress in the last year.

“TDU can give you the tools to turn around your local too—get involved.” 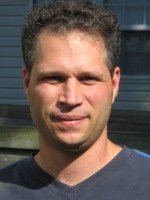 Organizing to Beat Pension Cuts
“My local union is dealing with a serious crisis. Our pensions are frozen. Our officials are missing in action. And members feel forgotten.

“Last year another TDU member asked me to get involved in turning my local around. I found out that TDU is a great source of information and education. TDU members helped me learn what’s going on in our union—and how we can enforce our contract and fight for new pension rights.