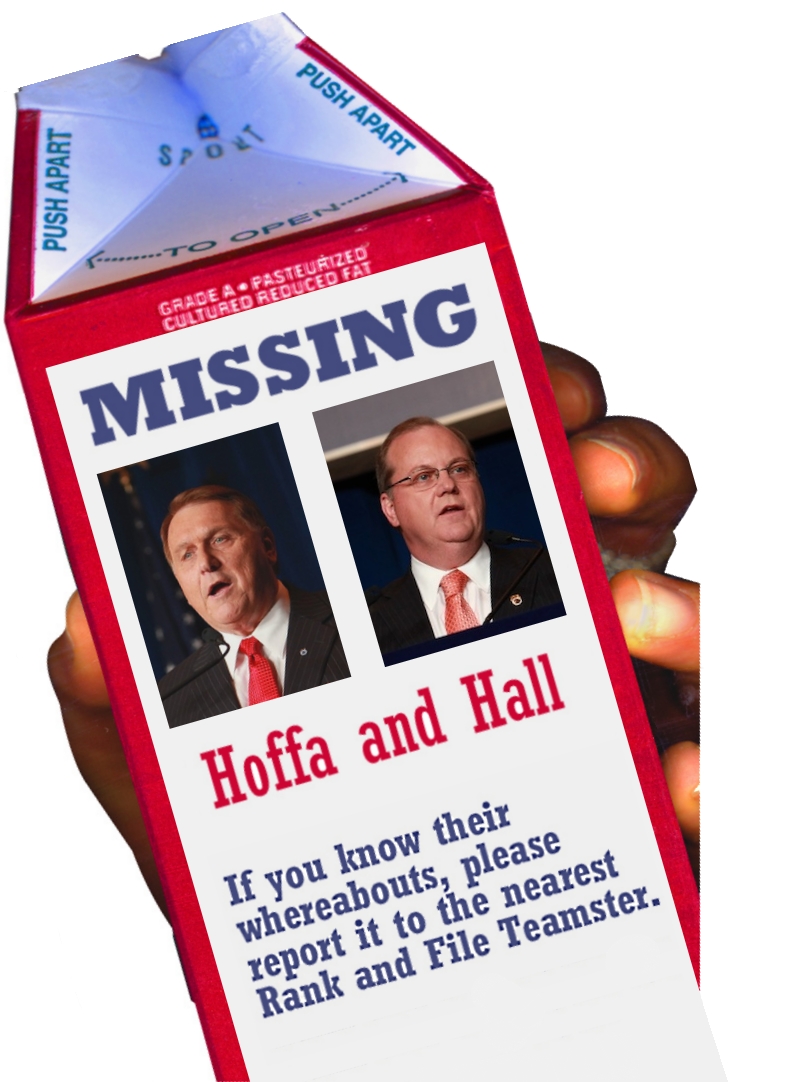 UPDATED July 23, 2013: A month after UPS Freight Teamsters said NO to the first offer, Hoffa and Hall have given zero information to Teamsters. Now they have signed a contract extension, which requires 30-day notice to cancel it. Meanwhile they remain MIA.

Members from New York to Atlanta to California report that local officers say they don't know a thing. The worst part is they are telling the truth! Hall is even hiding from officers.

Meanwhile, management issued "talking points" this week which ends with this statement: "The uncertainty surrounding the contract has cost UPS Freight significant numbers of shipments already, and more customers are in danger of diverting every day."

We know from IBT insiders that a contract extension will be in place prior to the end of July, and management is telling shippers the same thing.

The only contact from the International union has been that some members got a survey call from telemarketers hired by the union. Is that really the best they can do? Pathetic.

Members have made the issues clear:

UPS Freight Teamsters control their own destiny. Keep building unity and solidarity.  Keep spreading the word and passing along leaflets. Order and distribute "We'll Vote No Until UPS Gets it Right" stickers. When management tells you the delay is going to hurt business, suggest that they tell Atlanta to offer a reasonable contract, and we will all get back to doing our good jobs as Teamsters.

You can download a leaflet on the issues to distribute at your terminal and on the road.

Teamsters for a Democratic Union (TDU) is looking for concerned UPS Freight Teamsters who want to work together to win contract improvements. Click here to contact TDU with your questions or to get involved today.

We can and will win—if we keep building solidarity.

See more at: IBT to UPS Freight Teamsters: The Sound of Silence