January 23, 2013: Members pledge to vote NO unless contract has major improvements.

Teamsters at UPS Freight are organizing to win a good contract. Stewards and active members have met for months to discuss necessary improvements with the 2013 contract. A solid set of union proposals was taken to negotiations.

Members understand that it will take the active involvement of Teamster members to succeed. In January they launched a petition campaign to reach more members and build unity on making major gains on contract language.

The petition is addressed to UPS CEO Scott Davis and states that members will not vote for a contract that does not address subcontracting, bidding rights, guaranteed hours, and improvements of health insurance, pension and wages. A show of unity will help reinforce the union bargaining team to win a strong contract.

"The petition is a great way to talk with other Teamsters about what we need in the next contract," commented Kathy Ventura, a road driver out of Akron. "It can also show the unity of our union to bargain for what we want." 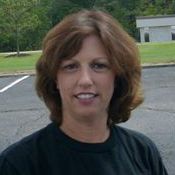 "The petition is a great way to talk with other Teamsters about what we need in the next contract.

"It can also show the unity of our union to bargain for what we want."